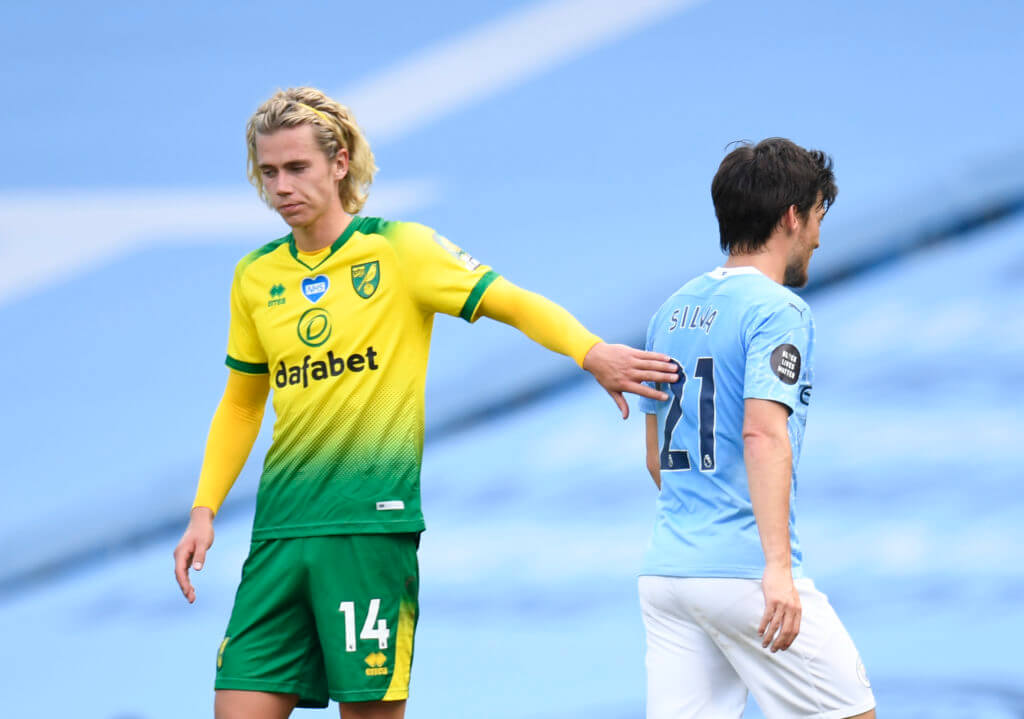 According to Alasdair Gold of Football London, Tottenham Hotspur are interested in signing Todd Cantwell from Norwich City.

Having missed out on the Champions League this season, Spurs will have to rethink their transfer strategy.

First of all, there is a shortage of funds for transfers and Jose Mourinho may look to offload some of the players to raise money as well.

Secondly, Mourinho himself has said that he doesn’t need to add too many players this summer.

Gold has suggested that Spurs could be looking to sign at least four to five players this summer, and they might target top players from the relegated clubs.

Spurs are heavily interested in signing right-back Max Aarons from Norwich. The north Londoners are also keen on his teammate, Cantwell.

The 22-year-old attacking midfielder scored six goals and provided two assists last season for Norwich as the Canaries dropped down to the Championship.

According to reports from The Times, Premier League rivals Newcastle United and Leicester City are also interested in signing Cantwell, who is valued at around £30m.

Newcastle’s chances of landing Cantwell this summer rest completely on whether the takeover of the club goes through. Mike Ashley is emotionally detached from the club, and with the Premier League delaying the verdict, the Magpies find themselves in a limbo heading into the summer transfer window.