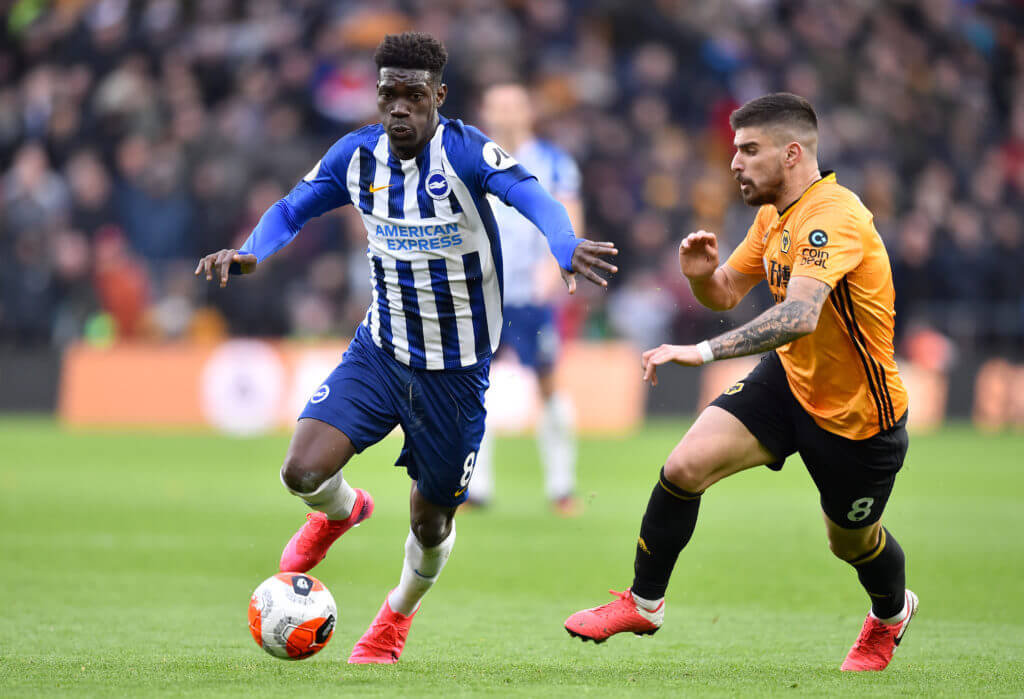 According to reports from Le 10 Sport, Tottenham Hotspur boss Jose Mourinho is taking a keen interest in signing Ruben Neves from Wolverhampton Wanderers.

The likes of Diogo Jota, Adama Traore, and Raul Jimenez have been linked with some of the top Premier League clubs this summer. And it seems Spurs are now showing keen interest in Neves as well.

The 23-year-old joined Wolves in 2017 from Porto for a fee thought to be in the region of £15.8m. He quickly established himself as a key player for Nuno Espirito Santo’s side and has done remarkably well for Wolves in the Premier League.

Known for his smart passing and long-range shots, Neves is definitely up there with some of the best central midfielders in the Premier League.

The Portugal international has a contract at the club till 2023 and Wolves are in no hurry to sell him. However, the presence of Jorgen Mendes, the super-agent, could be decisive here.

Mendes is a close friend of Mourinho, and he can play a crucial role in brokering a deal for the Spurs manager. Spurs do need to bolster their midfield, and Neves would be a terrific signing for the club.

Le 10 Sport claimed earlier this week that Wolves are keeping tabs on Paris Saint-Germain midfielder Idrissa Gueye as they prepare for the possible departure of Neves this summer.