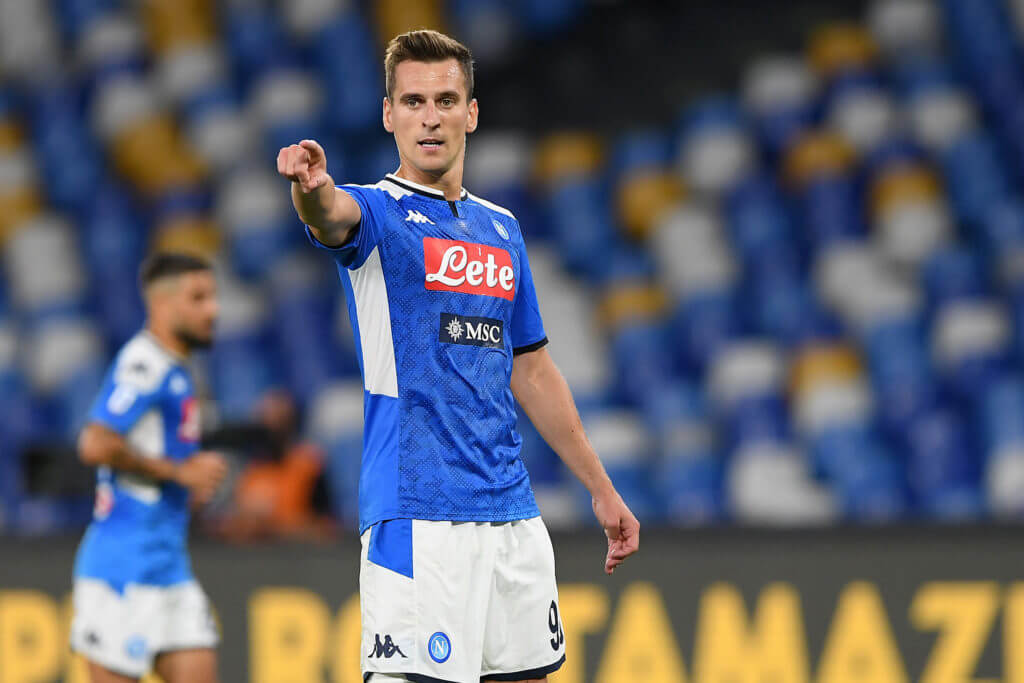 According to La Gazzetta dello Sport, Tottenham Hotspur are interested in signing Arkadiusz Milik from Napoli in the summer transfer window.

However, the report in the Italian publication has claimed that Tottenham do not want to pay Napoli’s asking price.

The Italian club want €40 million (£35.93 million) as transfer fee for the Poland international striker, but Spurs do not want to pay that, according to the report.

According to WhoScored, Milik made 19 starts and seven substitute appearances in Serie A for Napoli this past season, scoring 11 goals in the process.

The Poland international striker also made two starts and three substitute appearances in the Champions League for the Italian club, scoring three goals in the process, according to WhoScored.

Harry Kane is the first-choice goalkeeper at Tottenham, and that is not going to change.

However, Spurs need to get a back-up, and Milik would be a very good option.

The 26-year-old is very experienced, and is at the right age to move to a big and ambitious club such as Napoli.

Tottenham will be aiming to finish in the top four of the Premier League table next season and also make an impact in the Europa League.