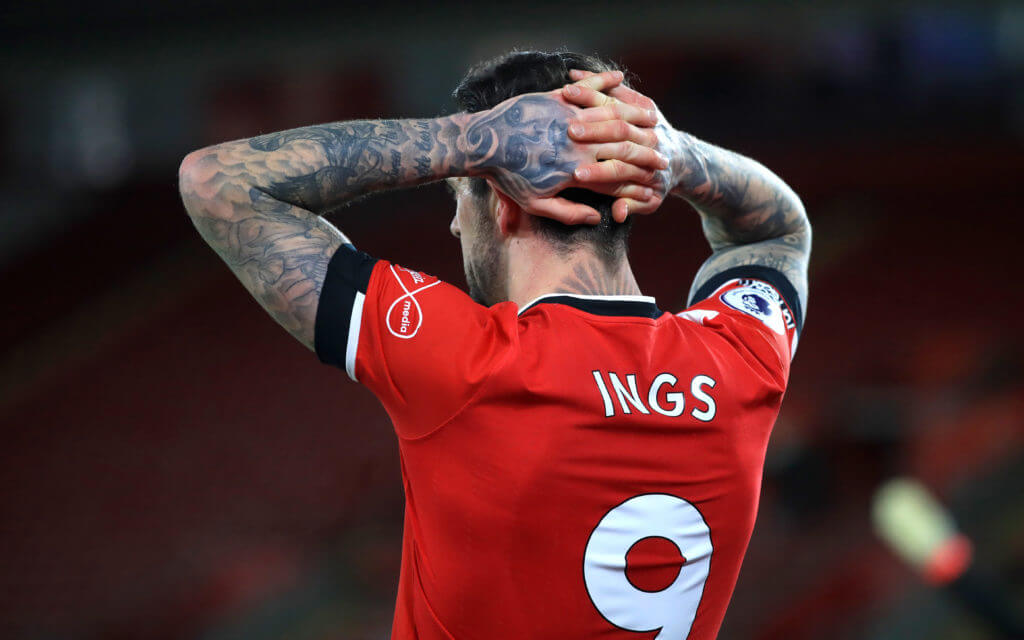 According to reports from Eurosport, Tottenham Hotspur are considering a summer move for Southampton striker Danny Ings.

The report claims that Spurs are ‘monitoring the situation’ of the 28-year-old striker ahead of a potential summer bid.

After a nightmare spell at Liverpool, Ings has enjoyed a rich vein of form at St Mary’s, but his long-term future at the club remains in doubt.

According to reports from the Daily Mail, the Saints could be forced to sell him this summer with the club struggling to meet his wage demands.

Ings, who is on a £75,000 per week deal at Southampton, has a contract at the club until 2022, and the Saints are desperate to agree fresh terms with the striker who scored 25 goals for them last season in all competitions.

Ralph Hasenhuttl remains hopeful of keeping Ings at the club but has hinted that the club could be forced to sell him in the summer.

Spurs signed Carlos Vinicius on a season-long loan in the summer transfer window and they have an option to sign him permanently by paying a further £38 million.

Eurosport claim that Spurs are now planning to explore whether Ings is seriously considering his future and that they will put together a bid for him at the end of the season.

Ings has scored seven goals and provided three assists this season for the Saints in the Premier League, and he would be an excellent signing for Spurs.

Jurgen Klopp was a big fan of the player and the Liverpool boss paid a heartfelt tribute to the striker when he left for the Saints. He hailed him as an ‘outstanding’ boy.

“It is a very strange feeling saying goodbye to Danny – the biggest emotion is how much we will miss him,” said Klopp.

“He is such an outstanding boy. Honestly, if you could bottle character and spirit, his would sell worldwide – he is so incredibly positive and full of energy. But we won’t just miss his character because he is a footballer who has all the tools.”

However, a move to Spurs may seem too tempting on paper, and Ings may decide against joining them.

A lot of good strikers have failed to establish themselves at Spurs as it isn’t easy to dislodge Harry Kane from the starting line-up.

Ings is playing regularly and enjoying his game. While he would welcome new challenges, it won’t be ideal for him to warm the bench again when he has plenty of football left in him.