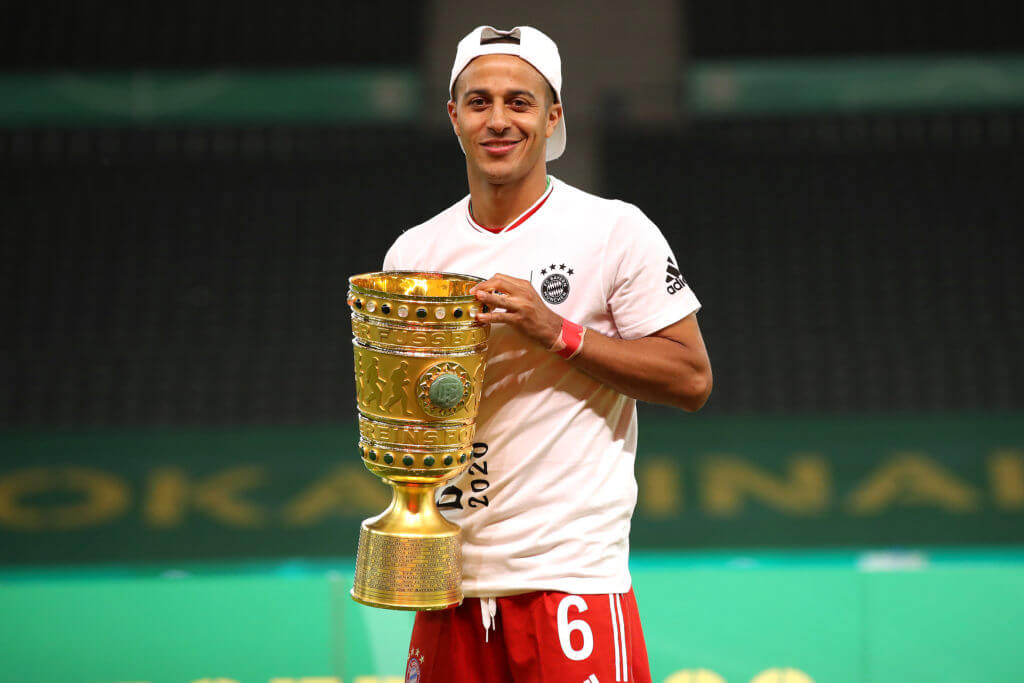 It has been reported that German and European giants Bayern want €30 million (£27.01 million) as transfer fee for the former Barcelona star.

Liverpool have just won the Premier League title, and there will some argument that the Reds do not need to sign anyone this summer.

After all, the Reds were head and shoulders above the rest of the teams this past season.

However, not bringing in new signings would be standing still for Liverpool and would allow clubs such as Manchester United, Chelsea and Manchester City to close the gap.

One suspects that manager Jurgen Klopp will make signings, and Thiago would be a good one.

The Spain international is a very creative player in the middle of the park, and would add more flair to the team.

The 29-year-old has won multiple trophies with Barcelona and Bayern, and is a serial winner.