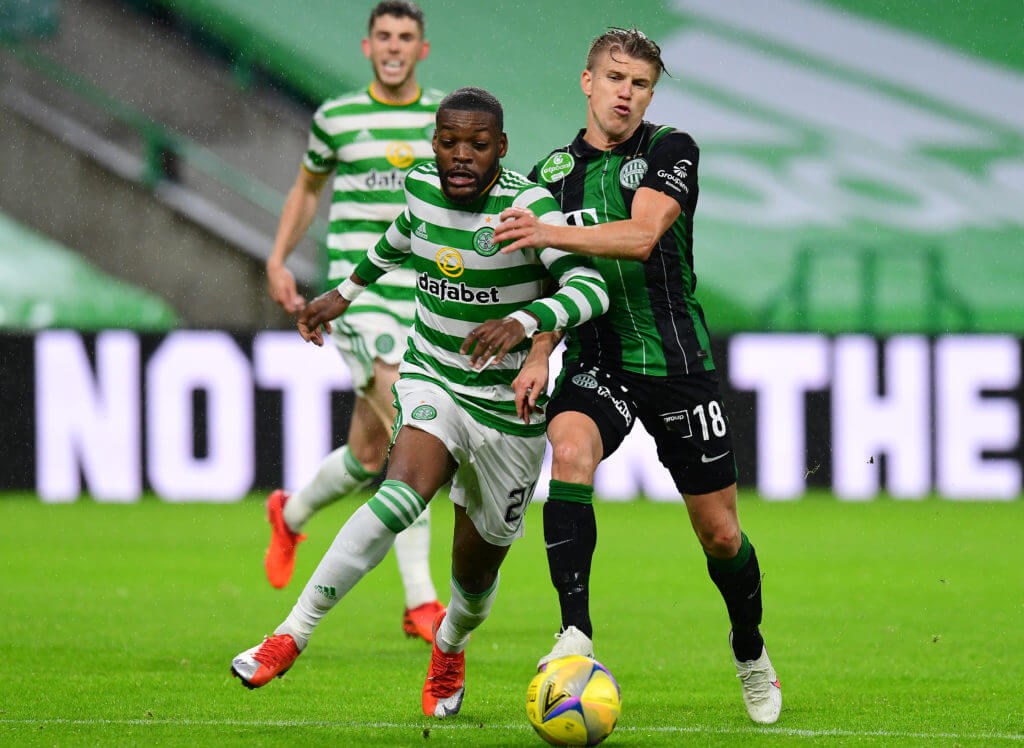 Several Celtic players have been linked with a move away from Parkhead. The likes of Odsonne Edouard and Kristoffer Ajer are reportedly being chased by several top Premier League clubs.

According to reports from the Daily Record, Premier League outfit Southampton could revive their interest in signing Celtic midfielder Olivier Ntcham this summer.

The Saints were heavily interested in signing Weston McKennie who snubbed the South Coast club to join Serie A champions Juventus.

The Celtic playmaker is on Southampton’s radar with manager Ralph Hasenhuttl seeking replacements for Pierre-Emile Hojbjerg who joined Tottenham.

The Saints boss hoped to sign McKennie this summer but he joined Juventus instead.

The report claims that Southampton have other targets, but Ntcham still remains an option for them.

The 24-year-old is in his fourth year at Celtic and has been a key player for Lennon.

Ntcham has started each of Celtic’s last three games.

However, the French midfielder hasn’t always been the first-choice at Parkhead. He has been in and out of the side under Lennon, and therefore could be interested in making a switch to the Premier League if there’s a good offer on the table.