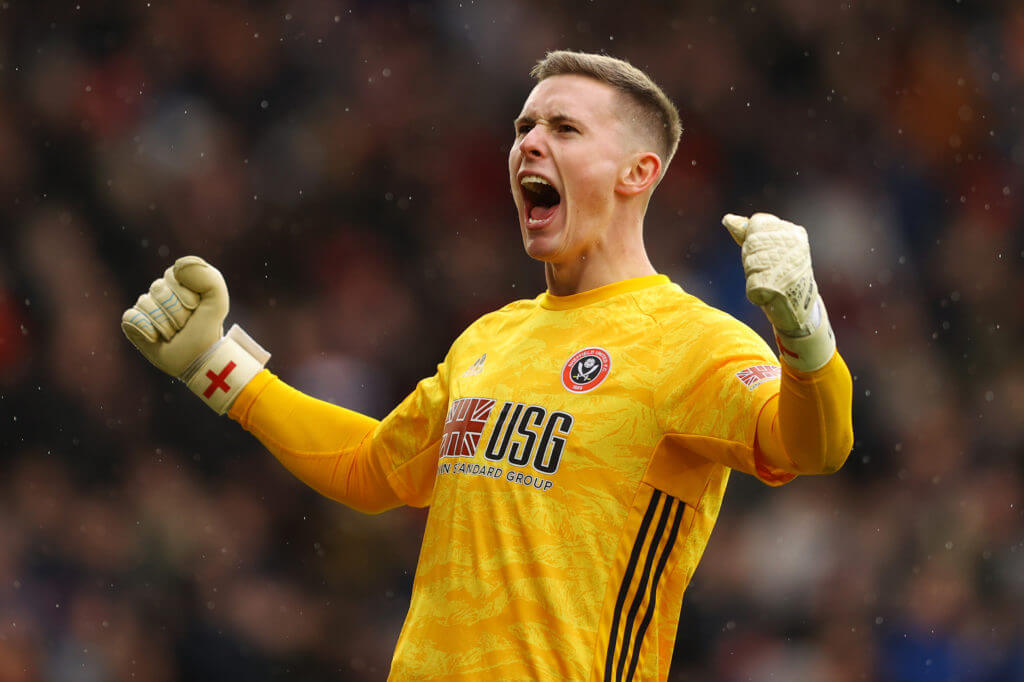 According to reports from The Sun, Sheffield United ‘would bid to buy’ Dean Henderson in the summer transfer window, but a loan move is still the best option for them.

Henderson, who joined the Blades on loan, has been a key player for Chris Wilder’s side this season. He has established himself as one of the best goalkeepers in the Premier League, and the club wish to sign him permanently.

The 23-year-old has made 27 Premier League starts this season, and has earned rave reviews from football pundits and fans. He has made some outstanding saves this season and has helped Sheffield United move to seventh in the league table.

Premier League giants Chelsea are reportedly keen, and are even prepared to pay a massive £50m to sign him from Manchester United.

The Red Devils are planning to offer him a new deal reported to be over £100,000-a-week to fend off interest from the Blues. United see him as their number one down the line and are not prepared to cash in on him at the moment.

Henderson is already under contract at Old Trafford for two more years. United are ready to send him out on loan again, and Sheffield United are keen to have him on a temporary deal for the third season.