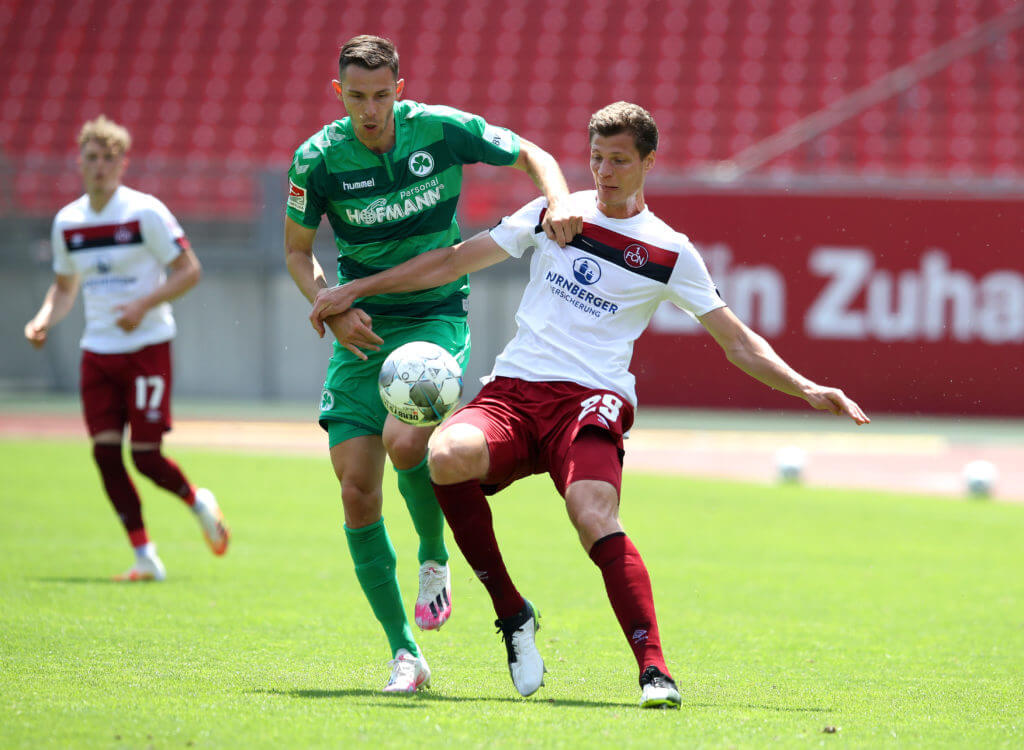 The Whites are currently leading the Championship table with nine games left to go and Marcelo Bielsa’s side are favourites to secure promotion to the Premier League.

Leeds will have funds to spend in the market and it will be interesting to see how they approach the summer transfer window.

It seems Bielsa is looking to sign a midfielder in the summer. The report claims that the Whites are interested in signing Erras who is also wanted by two Championship rivals – Queens Park Rangers and Brentford.

Of all the three clubs mentioned, the FC Nurnberg player is tempted to work under Bielsa.

The 25-year-old defensive midfielder has played all his life at Nunberg. He has made his way through the youth system at the German club and made his senior debut in 2015.

To be fair, Leeds are focusing on getting into the Premier League first. Bielsa could be looking to bring in players who have a wealth of Premier League, and in that case, there could be a change in the transfer strategy.