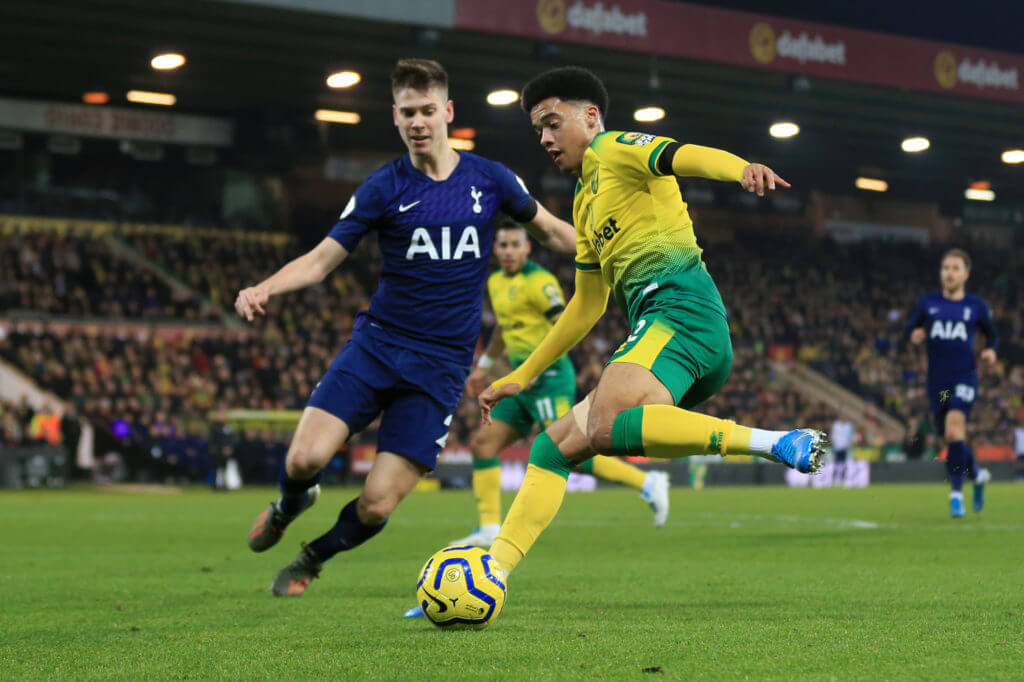 According to Sky Sports’ Kaveh Solhekol, Newcastle United and Leicester City are both keen on signing Norwich City left-back Jamal Lewis this summer, but they must be willing to part with around £20 million to have a chance of landing him.

Leicester City and Newcastle United are two of the clubs looking at signing Norwich City left back Jamal Lewis. Liverpool made a £10m bid which was rejected last month. Norwich value him at £20m. He is under contract until 2023.

Liverpool manager Jurgen Klopp is a big admirer of the 22-year-old and was keen to bring him to Anfield ahead of the new season as a cover for Andrew Robertson, but the Reds’ £10 million bid was knocked by the relegated side.

Lewis has two more years left on his contract, and Norwich aren’t ready to let him go for cheap.

Newcastle need a new left-back as Paul Dummett is the only natural option available after Danny Rose returned to Tottenham Hotspur following his loan spell.

Eintracht Frankfurt’s Jetro Willems, PAOK’s Dimitris Giannoulis and Sassuolo’s Rogerio have also been linked with the Magpies, but it appears that head coach Steve Bruce is keen on the Norwich man.

Leicester also want a left-back after Ben Chilwell left for Chelsea, and while they are set to bring in Atalanta’s Timothy Castagne, the versatile Belgian is primarily a right-back, manager Brendan Rodgers clearly admires Lewis’ profile.

Crystal Palace and Tottenham Hotspur have also been linked with the Northern Ireland international who played 32 games across all competitions last term.