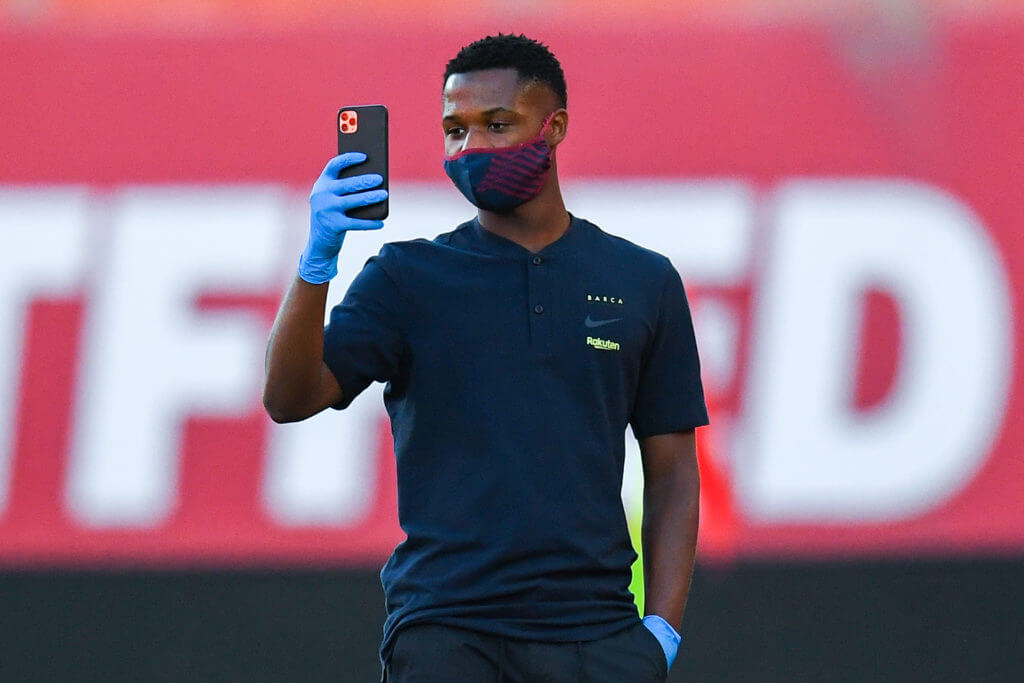 Barcelona youngster Ansu Fati is one of the sought-after young talents in world football.

The 17-year-old has been in outstanding form for the club’s under-19 side. He had scored 19 goals in 30 starts, including four from six in Barca’s run to the semi-finals in the Uefa Youth League.

At 16 years of age he made his first-team debut, and in the process became the youngest footballer in almost eight decades to play a Liga game for Barcelona.

The player has a contract at the club till 2022. He doesn’t want to leave the club, but his parents are unhappy with the club’s plan for the coming season. He has clearly outgrown academy football, but Barcelona probably do not want to integrate him into the first-team squad as yet.

When he scored the headed goal at Osasuna it made him the club’s youngest ever scorer and third in La Liga history. He scored in the second minute and set up another in his first start for Barcelona, and later that week, became Barcelona’s youngest Champions League player ever.

He also scored an 86th-minute winner against Inter Milan.

Manchester United and Newcastle United have shown interest in the highly-rated left winger. Duncan Castles of The Sunday Times has claimed that the Red Devils have offered a transfer fee of €100 million (about £90 million). A second offer adding €50 million of performance-related variables was placed for him. Barca rejected both, citing the teenager has a €170 million release clause.

Newcastle are also interested but they are unlikely to ever pay such an amount for the youngster, even if the Saudi investors become their owner.