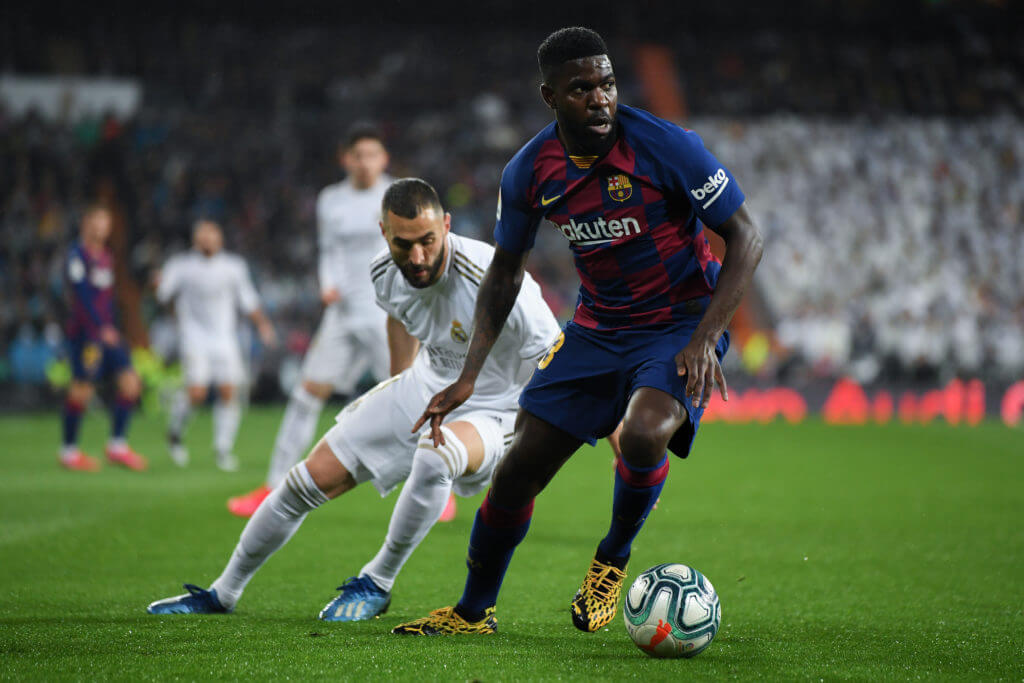 A trio of Premier League heavyweight clubs are reportedly interested in signing Barcelona defender Samuel Umtiti in the summer transfer window, according to reports from Catalan newspaper Sport.

Barcelona are looking to offload Umtiti in the summer transfer window as they need cash to bring in other targets. Manchester United, Arsenal and Chelsea are reportedly being linked with a move for Umtiti who would be available in between £26-£35m million.

The French defender joined the Nou Camp from Lyon in 2016 and has won the league-and-cup double twice in Spain. He was also part of the France squad that won the World Cup in 2018.

The report claims that Manchester United have been ‘offered the chance’ to sign the 26-year-old who has struggled for game time at the Catalan club. He has struggled with a knee problem, while he has also dropped down the pecking order behind Gerard Pique and Clement Lenglet.

However, according to reports from The Sun, Umtiti prefers to join Chelsea. The Blues are looking to bolster their defence and are looking at Lille’s Gabriel Magalhaes.

Arsenal were heavily linked with a move for him in the January transfer window, but they signed Pablo Mari on loan instead. The Gunners have other targets as well like RB Leipzig sensation Dayot Upamecano, Dejan Lovren of Liverpool and Jerome Boateng of Bayern Munich.

United have Victor Lindelof, Eric Bailly, Harry Maguire, and Axel Tuanzebe as centre-back options. However, Ole Gunnar Solskjaer is still looking to add another defender to his ranks. With Chris Smalling likely to depart, the Red Devils may sign another defender. Umtiti could be a good option, but they are also reportedly interested in signing Kalidou Koulibaly and Diego Godin.