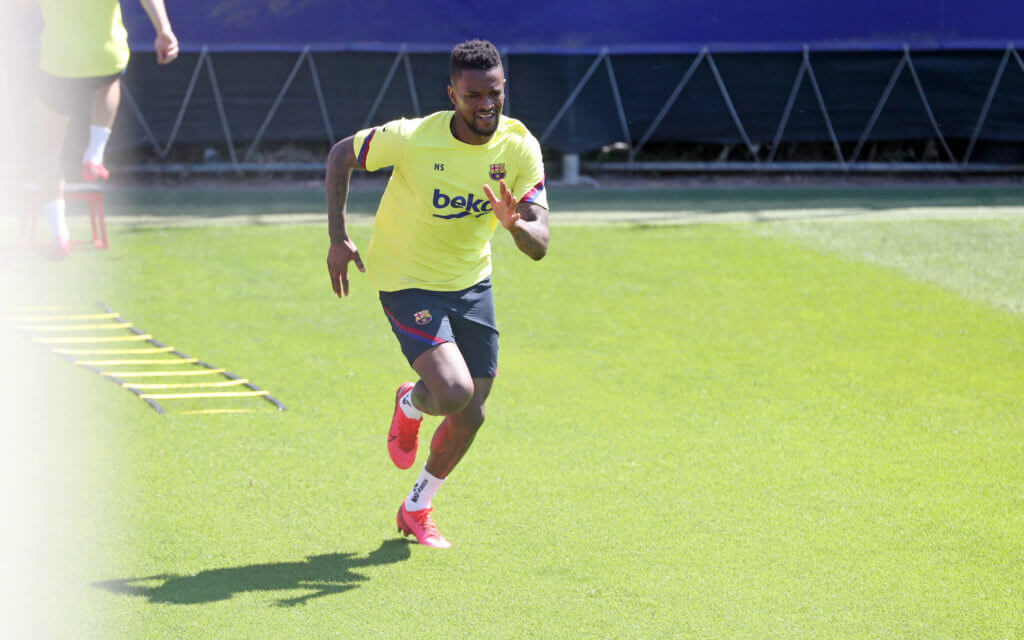 According to reports from the Daily Mail, Pep Guardiola wants to sign Nelson Semedo from Barcelona in the summer transfer window.

The global economy has changed due to the coronavirus pandemic, and not many football clubs would be able to spend big money on players.

Swap deals are expected to become more prevalent once the transfer window re-opens, and Manchester City are targeting that option.

Barcelona are open to moving on a sizeable number of their current squad, and they would be willing to offload Semedo who joined the La Liga outfit from SL Benfica in 2017 on a transfer worth up to €35m.

The report claims that City are open to a swap deal involving Joao Cancelo who cost £60m from Juventus last summer.

Cancelo has struggled to make a strong impact managing just eight Premier League starts. Guardiola wants someone who can challenge Kyle Walker at right-back, and has earmarked Semedo as an option.

Earlier this month, Football London claimed that Spurs could be involved in a swap deal transfer with Barcelona, where Semedo and center-back Samuel Umtiti could potentially be used as makeweights in a deal which will see Tanguy Ndombele join the La Liga club.

Spurs will be looking to sign a right-back in the summer, with Serge Aurier remaining as their only recognized senior right-back at the club.