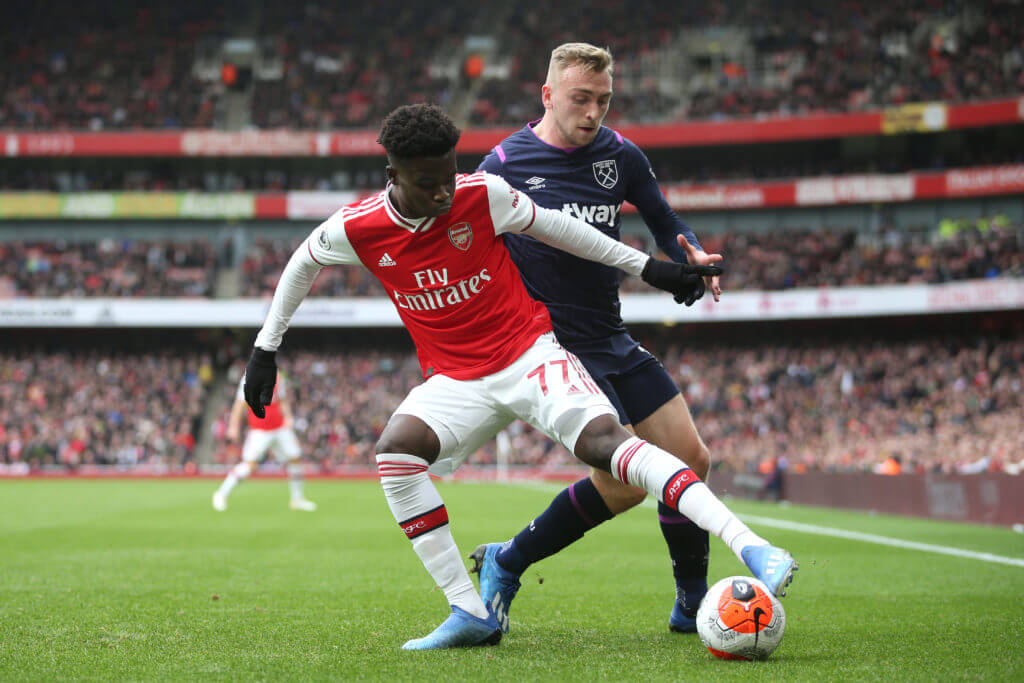 According to reports from Football Insider, the Reds are looking to sign Saka. German giants Borussia Dortmund have also been linked with a summer move for the player.

The 18-year-old has made a superb start to life in north London, making a strong impact in the absence of Sead Kolasinac and Kieran Tierney. His impressive form has alerted the Premier League champions-in-waiting, and it remains to be seen whether they would make a move for him.

Saka has moved into the final year of his contract at Arsenal.

The highly-rated Arsenal youngster currently earns about just £5,000 a week. He was set for a bumper rise but the coronavirus pandemic has forced the brakes on to any talks with the club and Saka’s representatives.

Arsenal want to offer him a five-year bumper contract at the club, and Mikel Arteta is keen to keep him at the club. He has nine assists to his name in 29 appearances in all competitions this season.

Liverpool could get him on the cheap given his contract situation. Saka looks a fantastic young talent, and he would be a brilliant signing for the Reds.

Andy Robertson is the club’s first-choice left-back, and he is arguably one of the best in Europe. However, Saka could be a fantastic back-up option for the Reds. He has the potential to be a top-class player, and would add significant depth and quality to the side.