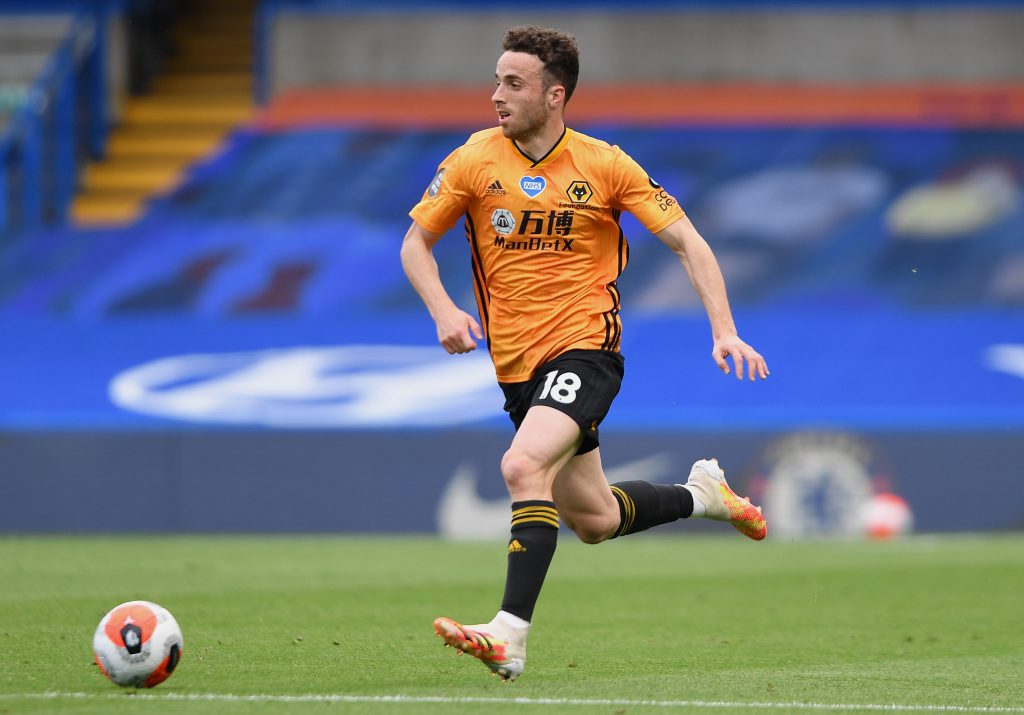 Liverpool are close to completing a deal for Diogo Jota this summer.

According to reports from The Times, talks held between Liverpool and Wolverhampton Wanderers are at an advanced stage.

It has been claimed that the fee for the 23-year-old Portugal forward is expected to be more than £35 million.

According to Tim Spiers of The Athletic, the deal is ‘very close’ to being completed, and the player is likely to leave the club.

Diogo Jota is on the verge of leaving Wolves for Liverpool, deal very close, fee upwards of £35m #WWFC

The 18-year-old Dutch defender is valued at more than £10 million and the two transfers would be separate. He will join the club as a replacement for Matt Doherty who left the club to join Tottenham Hotspur this summer.

Jota was omitted from the Wolves squad in the Carabao Cup defeat to Stoke City on Thursday night, and now the Portuguese winger is heading towards joining the Anfield club in the next few days.

Transfer guru Fabrizio Romano has claimed today that the Portuguese winger is the main target for Liverpool, with super-agent Jorge Mendes, already being contacted for personal terms.

Diogo Jota’s agents are in talks with #LFC to agree personal terms. Jota ‘would like to join’ to play Champions League football on next season. Liverpool and Wolves in contact and negotiating to reach an agreement about the final fee. 🔴 #transfers #liverpool

He will sign a contract till 2025. Jota wants to play Champions League football next season, and both the clubs are negotiating to reach an agreement.