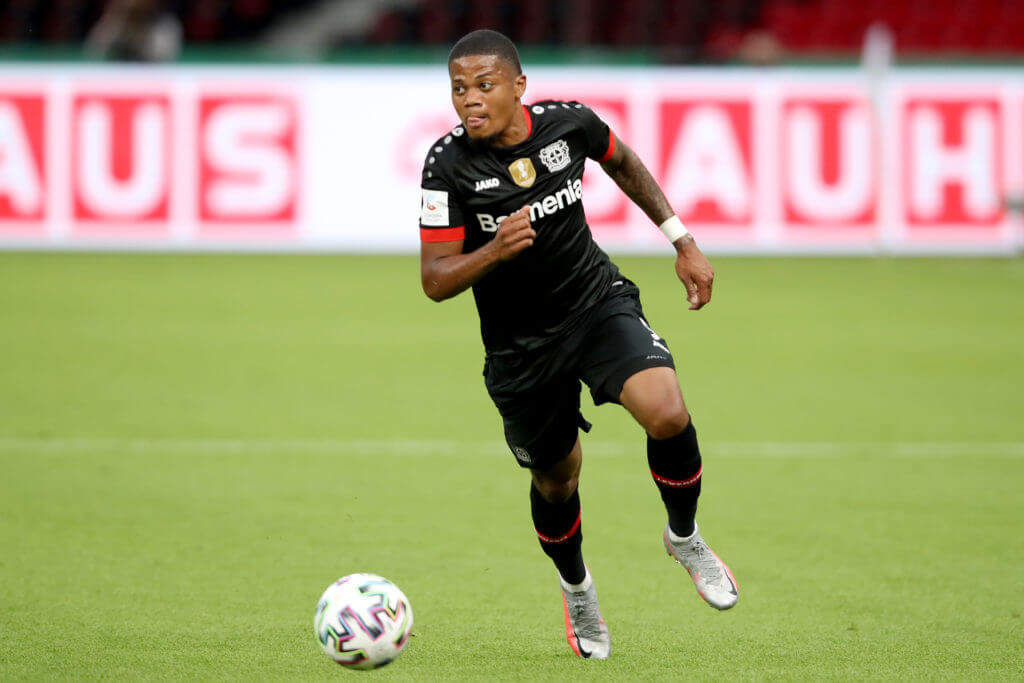 Tottenham Hotspur have brought in Joe Hart, Matt Doherty and Pierre-Emile Hojbjerg this summer, spending £28 million on the trio.

Boss Jose Mourinho is still looking to further bolster his squad in order to properly challenge for silverware in 2020-21 and going forward, and according to Italian transfer expert Fabrizio Romano, a centre-back, a winger and striker could all be signed before the summer transfer window shuts.

The Sky Sports journalist claims Bayer Leverkusen forward Leon Bailey is a name Mourinho and Spurs have on their radar, and while a move isn’t necessarily on the cards, he maintains that it is a possibility.

“Leon Bailey from Bayer Leverkusen is a player Jose Mourinho likes so much and Tottenham board are following, so I’ll keep his name as a possibility,” the Italian said on the Last Word on Spurs podcast when asked which winger is on the club’s radar.

“The real problem for Tottenham is that Bayer Leverkusen don’t need money at the moment because they have sold Kai Havertz to Chelsea and Volland to Monaco.

“So if you want to take Bailey from Bayer Leverkusen you have to pay, and they will accept a bid of around €50 million to €60 million. We need to see what happens with Bayer Leverkusen. The player is appreciated by Mourinho and by the board, so I’ll say he is a possibility, but we need to wait to see the right name if Tottenham will decide to go for a winger.”

Spurs could do with more quality attacking options, and the Jamaican international will definitely be a fine addition to their squad.

The 22-year-old scored seven goals and assisted three others in 31 appearances for the Bundesliga giants last term, and he has also been linked with Everton and Leeds United.