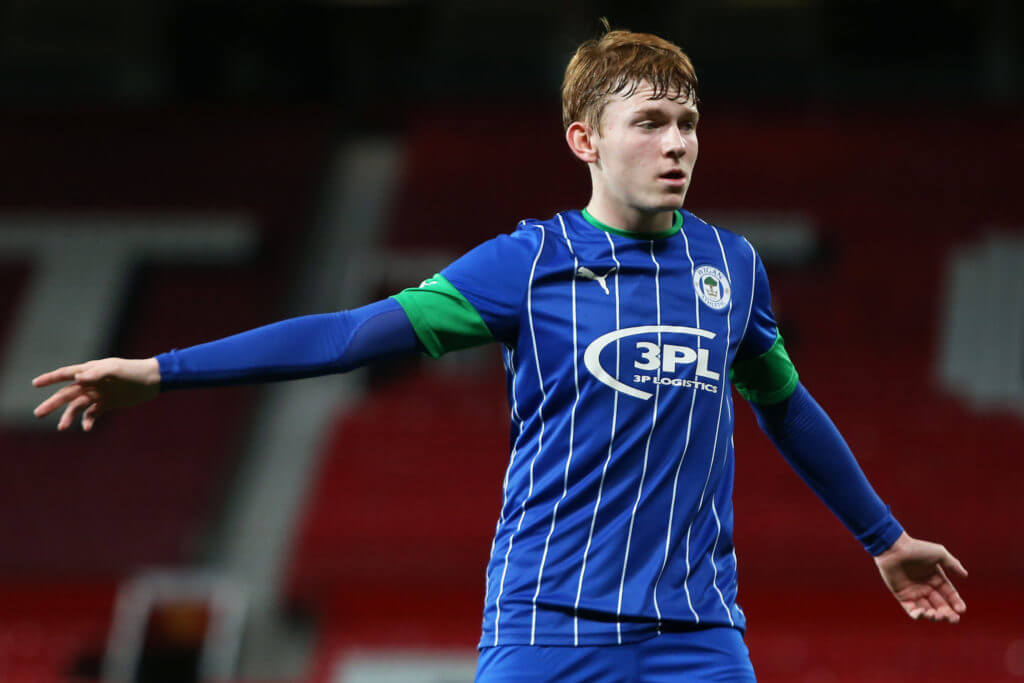 Rangers could join the race to bring Sean McGurk to Ibrox, according to reports from Alan Nixon of The Sun.

The Gers have not made an offer for the youngster as yet, but they could come in for him and offer a pre-contract in January.

Scottish Premiership rivals Celtic could be interested in him as well.

Premier League outfit Leeds United have made an offer to sign the Wigan ‘whizz kid’. However, the Latics have rejected the proposal as they deemed the offer inadequate.

Leeds. Offer made for Sean McGurk. Latest Wigan whizz kid. Turned down by Latics. Not enough. Contract up in summer so can move then. But danger that Rangers (or Celtic) step in with pre contract in meantime.

SL View: McGurk – one for the future

Rangers boss Steven Gerrard knows McGurk from his time at the Liverpool academy when he was in charge and the player was a young hopeful.

The 17-year-old midfielder is among top young talents to have emerged out of the Wigan academy that produced players like Joe Gelhardt and Alfie Devine.

McGurk is out of contract in the summer and could go then with a fee decided by a tribunal.

According to Phil Hay of The Athletic, Leeds are unlikely to make any major signings in the January transfer window, and if they make any bids, they are likely to be for prospects like McGurk.

In any case, McGurk is unlikely to get into the senior side at both Leeds and Rangers. However, Leeds need to improve their offer if they are serious about getting him, while Rangers can agree a pre-contract deal in January.