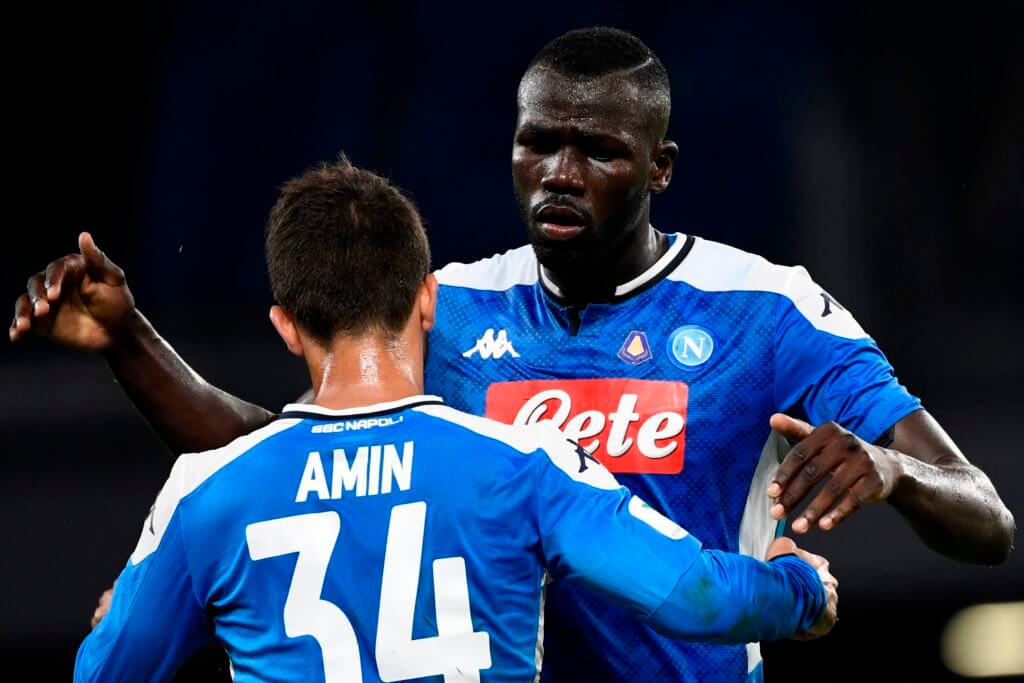 It seems Napoli defender Kalidou Koulibaly is finally heading towards the Premier League after years of being constantly linked with a move to some of England’s heavyweight clubs.

Arguably, one of the best defenders in the Serie A, Koulibaly has no shortage of admirers.

Early this month Italian publication Il Mattino claimed Spurs were one of the clubs showing interest in the Napoli centre-back this summer.

Koulibaly hasn’t been that impressive this season in Serie A. But his stats are eye-catchy in the Champions League. With Napoli struggling to finish within the top four this season, a move away from Italy has been mooted for the Senegalese defender who had already informed the Naples club that he is keen on leaving the club.

Manchester United, who probably would be looking to spend big this summer, have been linked with a move for Koulibaly as well.

Only a few days back, Napoli club president Aurelio De Laurentiis claimed that he would only listen to offers for the player if clubs like Manchester United and Manchester City would come up with a bid of £90m.

And latest reports from HLN suggest that Manchester City have won the race for his signature. In fact, they would pay about 80 million euros (£72m) to sign the former Racing Genk defender.

According to the reliable journalist, Kristof Terreur, KRC Genk have no percentage on the transfer fee / added value. They sold Koulibaly to Napoli in 2014 for around €8m.