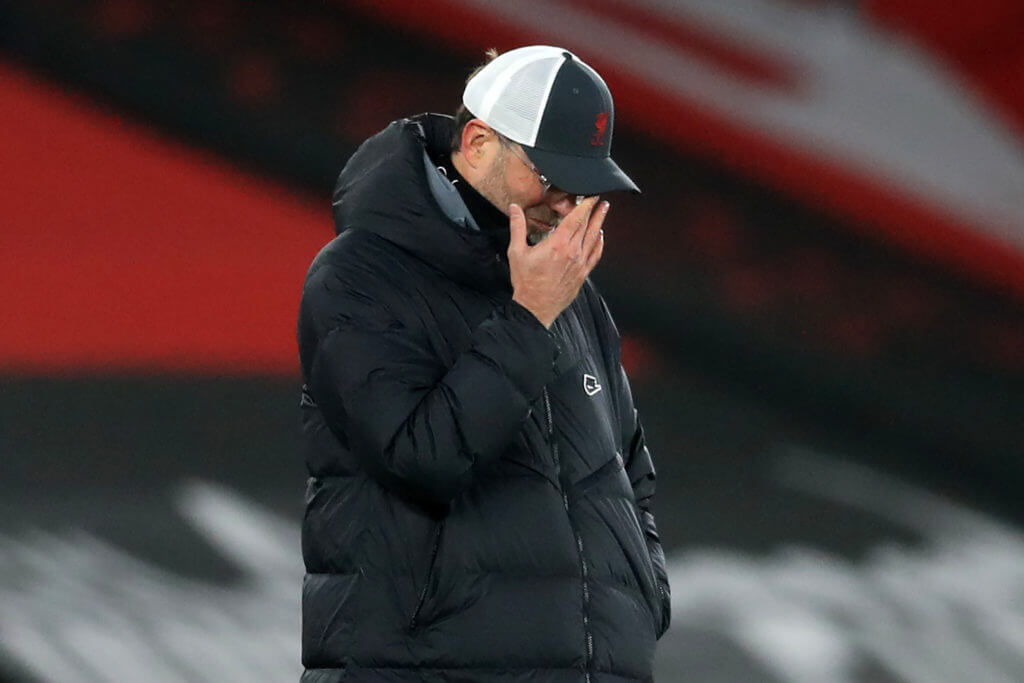 According to The Sun, Liverpool manager Jurgen Klopp is annoyed that the club failed to move for Napoli centre-back Kalidou Koulibaly last month.

The Premier League defending champions suddenly found themselves down to the bare bones at the back following injuries to Fabinho and Joel Matip, leaving Jordan Henderson and inexperienced duo Rhys Williams and Nat Phillips as their only defensive options.

With Virgil van Dijk and Joe Gomez already ruled out of the campaign, Liverpool needed to bring in reinforcements and Klopp wanted the £100 million-rated Koulibaly.

However, the Reds ended up with Ben Davies from Championship outfit Preston North End and Ozan Kabak on loan from Schalke.

The German reportedly made it privately clear that he wanted the 29-year-old and is said to have grown increasingly frustrated with the transfer policy of owners Fenway Sports Group.

The club owners are also not pleased with the fact that the Liverpool boss has not really come to terms with the dire financial situation at the club, and it will be interesting to see whether both parties can resolve their differences going forward.

While Koulibaly will no doubt be a quality addition to the Liverpool backline, breaking the bank for a 29-year-old hardly makes any sense.

Apart from the fact that he has no resale value, bringing the Napoli star to Anfield would prevent the development of the likes of Williams and Phillips.

Davies and Kabak are not exactly close to the quality and experience a player like Koulibaly brings to the table, but they have huge potential and signing them is the type of smart transfer move clubs should make during these trying times.

Having spent around £84m on Konstantinos Tsimikas, Diogo Jota and Thiago Alcantara last summer, FSG were clearly not going to splash £100m in January and the fact that they eventually brought in two centre-backs instead is commendable.

However, whether that will be enough to help them retain the title remains to be seen.