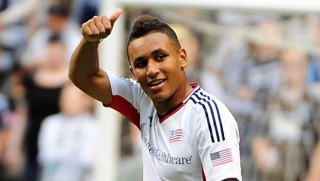 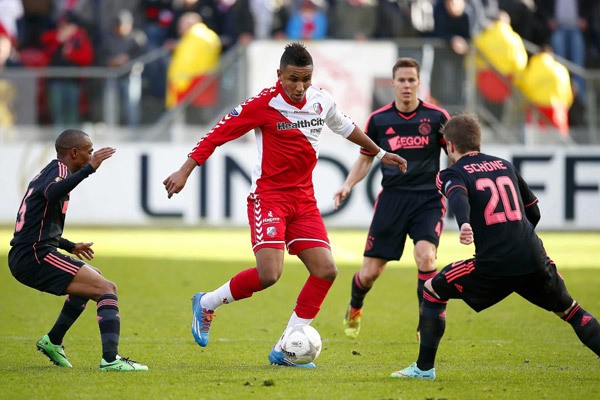 Free agent American strikers Juan Agudelo could be heading to 2.Bundesliga side, TSV 1860 München, if rumors are true. Photo provided by SoccerByIves.net.

The 21-year-old U.S. international has captured the attention of 1860 München, a German club that are looking for a couple of forwards.

The free agent striker Juan Agudelo could be ending his search for a new team very shortly, with a report coming from a German website www.tz.de, stating that 2.Bundesliga club, TSV 1860 München are keen on signing the young American international.

Gerhard Poschner, who is the sporting director for Die Löwen (Translated in English “The Lions.”) has made it public that the club is currently looking for two new strikers. The second division German club will be needing some help to climb out of the basement of the 2.Bundesliga; the club located in Munich, GER. find themselves in 17-place out of a possible 18-teams.

1860 München has played two games into the 2014-2015 campaign, they have lost both games and at the moment they have a negative four goal differential; with two goals in favor and six coming against. Adding a young crafty player like the former New England Revolution forward will help the goal scoring department for the club. For the Colombian native, signing a contact with the Munich based club would put an end to his free agent days.

Since, having his English work permit be denied a second time this summer, the U.S. international could not play for English Premier League Side, Stoke City. Agudelo being denied twice led to his current state of being unemployed, after both parties decided to go separate paths.

However, at the moment the Lions have not given any names to make this rumor official, but according to www.tz.de the U.S. international is on 1860 München shortlist. If the Colombian native does sign with the German club, he will join fellow 21-year-old American forward Bobby Wood; the Hawaii native has been with Die Löwen first team since 2011.