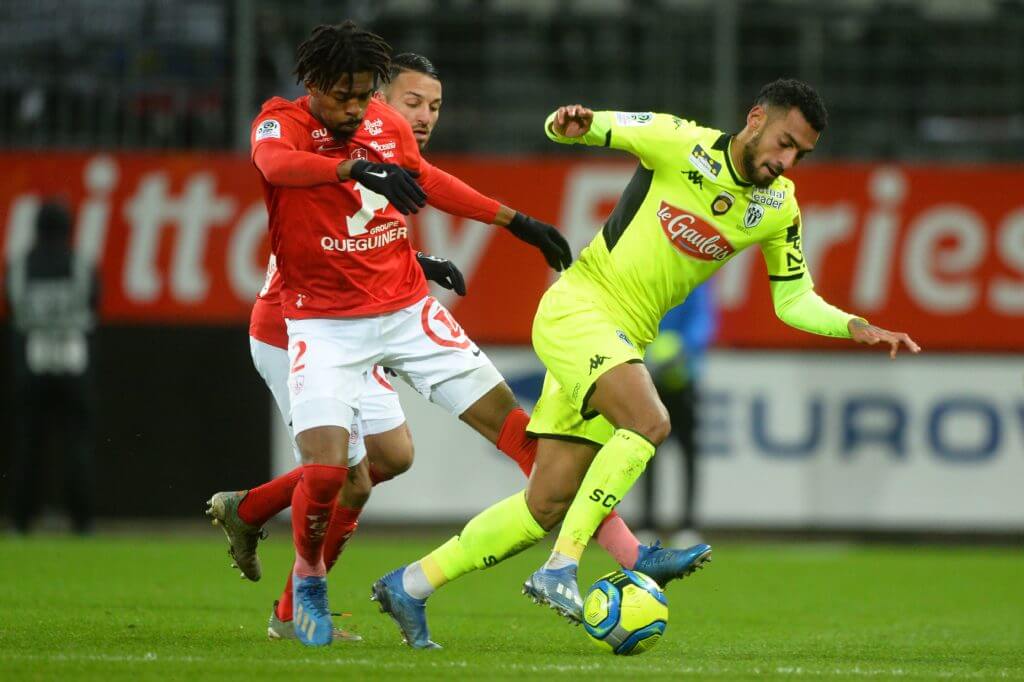 According to reports from Ouest-France, Everton are showing keen interest in signing Angers’ versatile midfielder Angelo Fulgini this summer.

The 23-year-old is a versatile midfielder and has been attracting a lot of interest, both from clubs in France and overseas.

He can play as a central midfielder, on the wings, and has even played as a right-back. And that is why Everton boss Carlo Ancelotti is keen to bring him to Goodison Park in the summer.

There’s another reason why Fulgini is drawing so much attention. He will soon enter the final year of his contract, and as a result, will be available at a bargain price of just £4.5 million.

Although he has only a goal and an assist to his name in 20 league outings this season, he is very good at flummoxing opponents with intelligent nutmegs.

However, it is the financial side of the deal that should interest Everton the most.

The global economic climate has changed and clubs all around the world would be looking for bargain deals instead of going after big signings.

Everton need a winger, a central midfielder, and a right-back. Fulgini can play in all three positions, and therefore he would be a shrewd addition to the side.