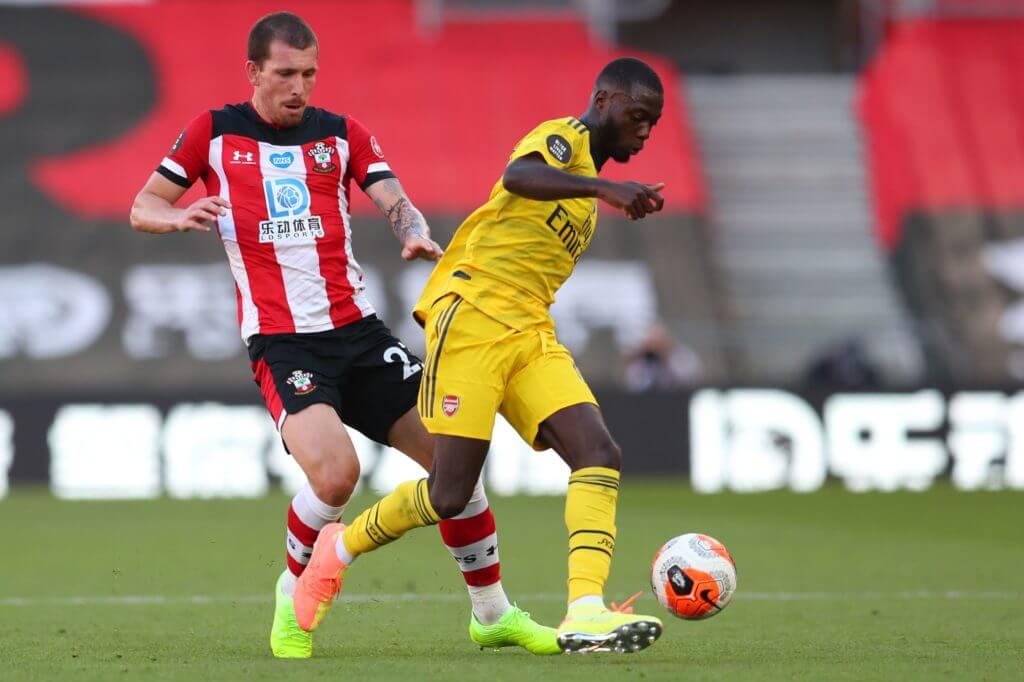 Everton are expected to be very active in the summer transfer window.

The Toffees need to sign a defensive central midfielder this summer along with other requirements.

The departure of Morgan Schneiderlin is another indication that a solid defensive midfielder is needed. And it seems, Everton are prepared to pay a handsome fee to add a top-quality player for this role.

According to reports from the Daily Mail, Everton are ‘ready to firm up interest’ in Southampton midfielder Pierre-Emile Hojbjerg this summer.

Carlo Ancelotti has admitted recently that the 24-year-old midfielder is a good player.

The Saints want around £35million for the Denmark international who has one year left on his contract.

Hojbjerg has been heavily linked with a move to Tottenham Hotspur. However, Everton are looking to beat their Premier League rivals in the race for his signature.

Spurs have a limited budget this summer and are willing to offer cash plus players in exchange.

However, Southampton want direct cash for their former skipper, and this is where Everton can blow Spurs out of the race if Southampton refuse to lower down their asking price.

Hojbjerg has been one of the key players for Southampton this season. His experience and leadership skills make him an ideal signing for Everton.