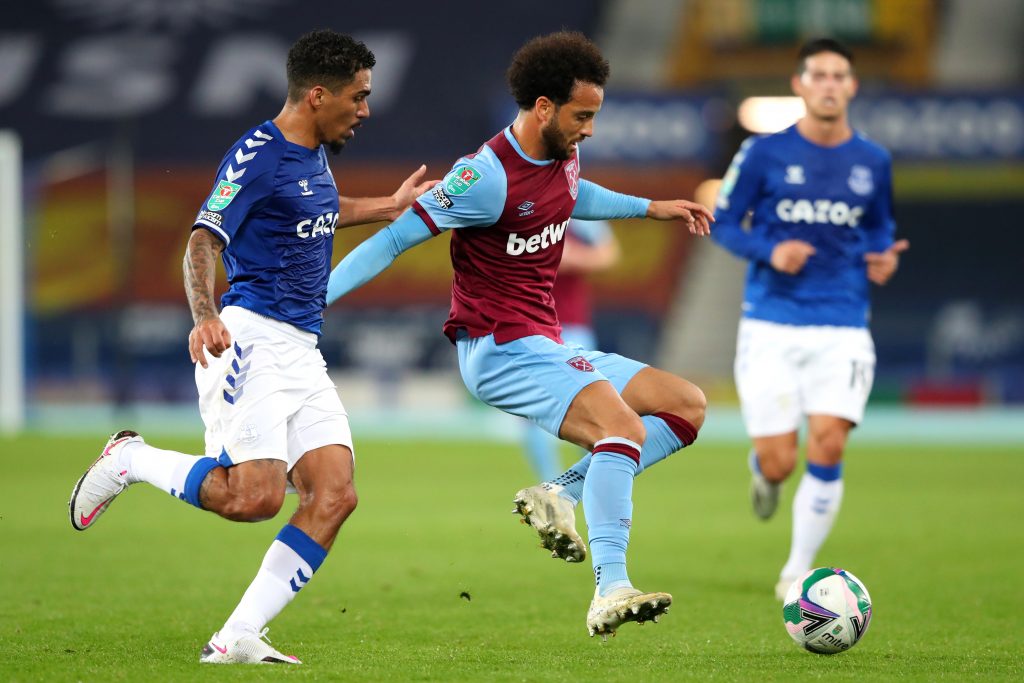 According to TEAMtalk, Everton are contemplating a move for West Ham United winger Felipe Anderson ahead of Bernard’s potential departure.

The Brazilian is expected to join AS Roma in a swap deal that will see Sweden international goalkeeper Robin Olsen join the Toffees permanently.

As a result, Everton want to bring in another attacker once Bernard leaves, and they have identified another Brazilian as his potential replacement.

Anderson is currently on loan at Porto after falling out of favour at West Ham, but his spell in Portugal is set to come to an end having also struggled for playing minutes.

A return to the London Stadium has been mooted, but manager David Moyes isn’t keen, and the winger is considering other options.

While FIFA guidelines wouldn’t normally allow a player to play for more than two clubs in a season, FIFA and UEFA will relax their transfer regulations as a result of the financial hardship the coronavirus pandemic has plunged clubs into.

As a result, Anderson can play for Everton if both parties can agree to a deal, and it will be interesting to see what happens in the coming days.

The 27-year-old joined West Ham for £36 million from Lazio in the summer of 2018, ending his debut campaign with an impressive return of nine goals and four assists in 36 Premier League games.

However, Anderson suffered a huge dip in form and scored just one league goal in his next 27 appearances before joining Porto on loan in the summer, and Everton will be taking a huge gamble recruiting his services until the end of the season.

Toffees boss Carlo Ancelotti knows the Brazil international from their days together in Italy, though, and it appears that he reckons he can get the Hammers winger firing on all cylinders again.