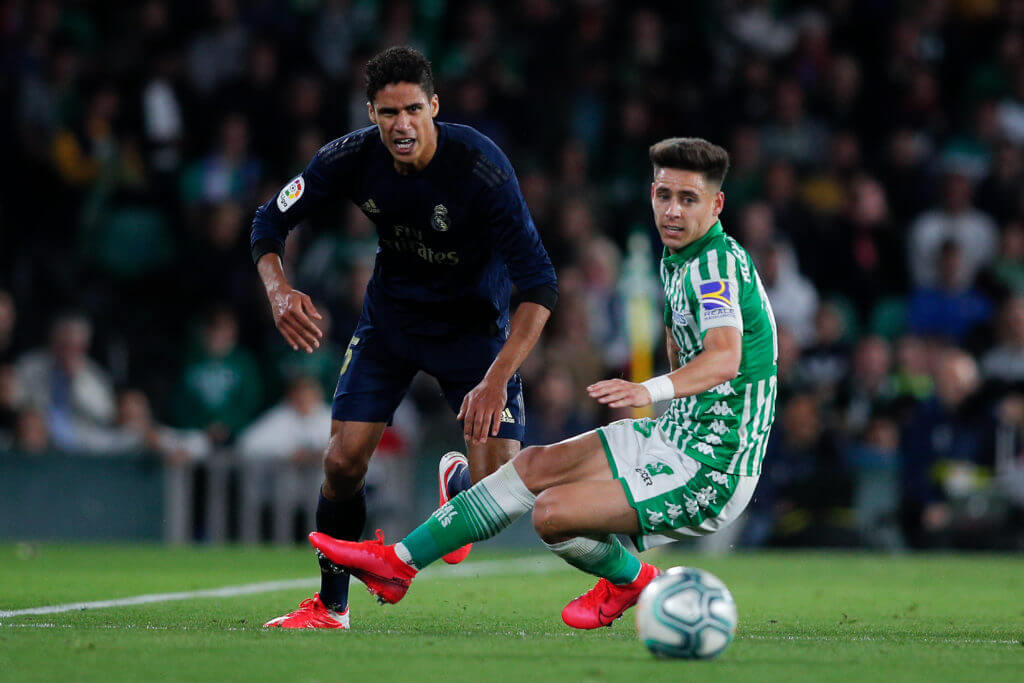 According to reports from Spanish publication AS, Everton and Crystal Palace are lining up a move for Real Betis left-back Alex Moreno.

The 26-year-old Spaniard joined Betis in the summer of 2019 from Rayo Vallecano on a five-year deal.

He has enjoyed a superb campaign for the Andalusian club, managing 23 appearances in the La Liga this season. He has provided four assists in the Spanish league thus far.

Moreno has a contract at the club till 2024 and Betis are expected to demand at least thrice the amount they paid to sign the Spaniard.

He offers width and pace, and can play as a left-winger as well. Moreno is equally effective in a more advanced role and that is why the Spaniard would a perfect fit for the aforementioned Premier League clubs.

The Toffees are looking to bolster their left-back department and Moreno could fill the big boots of Leighton Baines who has only a few months left on his Everton contract. He can also play as a traditional left-winger and will provide another dimension to Carlo Ancelotti’s system.

Moreno would be a brilliant signing for Crystal Palace as well. Patrick Van Aanholt has been linked with a move away from Selhurst Park, and the Spaniard is more than capable of filling the void.