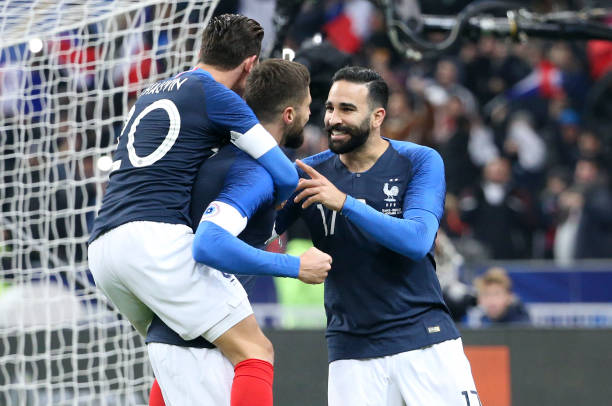 According to The Athletic, Crystal Palace are considering making an offer for Fenerbahce centre-back Adil Rami before Friday’s transfer deadline.

The France international wants to leave the Turkish Super Lig side after making just five appearances since joining last summer, and Championship outfit Derby County are said to be leading the race to sign him.

Rami knows he has to play to have any slight hope of making Euros 2020 French squad after being part of the 2018 World Cup-winning squad in Russia, and Palace could offer him a Premier League lifeline.

At 34, the former Sevilla man boasts of the needed experience and could come in to provide quality cover at Selhurst Park.

If he will be able to play regularly for Roy Hodgson’s side remains to be seen though, but he has a realistic chance of having much-needed playing minutes at Derby.

The Rams are nine points off the play-offs spots with a game in hand, and they could do with an experienced centre-back despite shipping 36 goals in 28 Championship games so far.

It will be interesting to see where Rami ends up in the coming days, though, but there isn’t much time left, and Palace or Derby have to be swift if they want the defender this month.