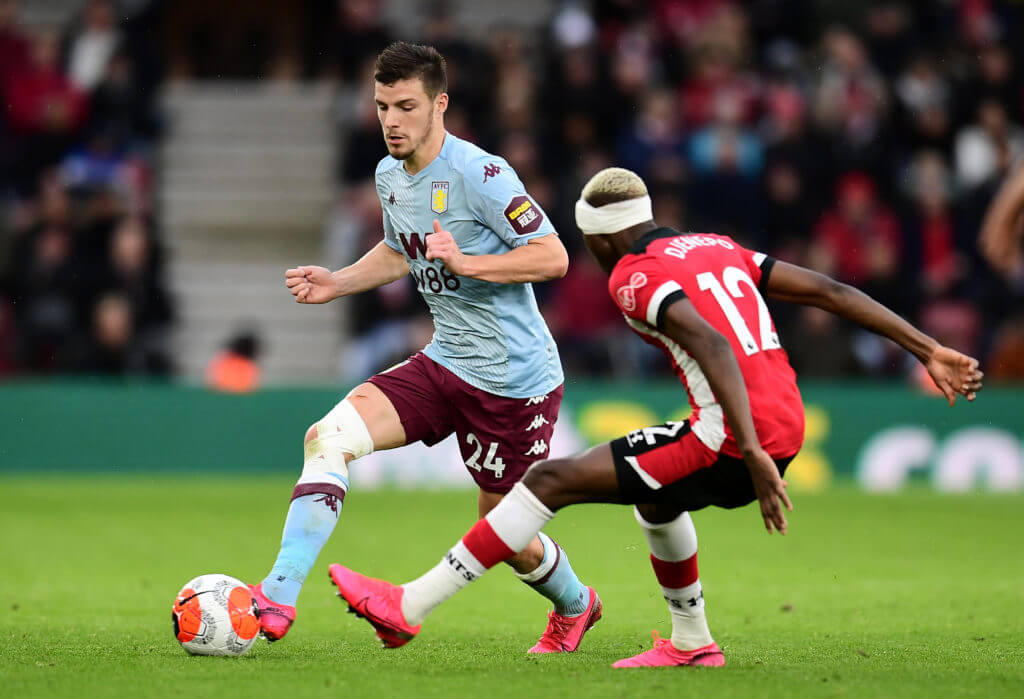 According to the Daily Telegraph, Aston Villa are ready to sell Frederic Guilbert and will listen to offers for the French right-back as manager Dean Smith moves to reduce the size of his squad for the season.

Jota and Henri Lansbury are also on the exit list and Mbwana Samatta will be allowed to leave if another striker is signed.

Goalkeeping duo Orjan Nyland and Lovre Kalinic are also set to be moved on with the imminent arrival of Emiliano Martinez.

However, the 25-year-old isn’t keen on leaving Villa Park yet after just a season.

He took to Instagram last week to express his wishes, saying:

Villa are reportedly ready to sell Guilbert for £5 million and he’s not short of suitors.

A number of Premier League and Championship clubs have become alerted to his situation and a return to France is also on the cards for him.

Guilbert joined Villa from Caen in January 2019 and was immediately loaned back to the Ligue 1 side for the rest of the season.

He made 28 appearances across all competitions last term, ending the campaign with two assists, but it doesn’t appear that Smith has been impressed with his performances, and he could have played his last game for Villa.