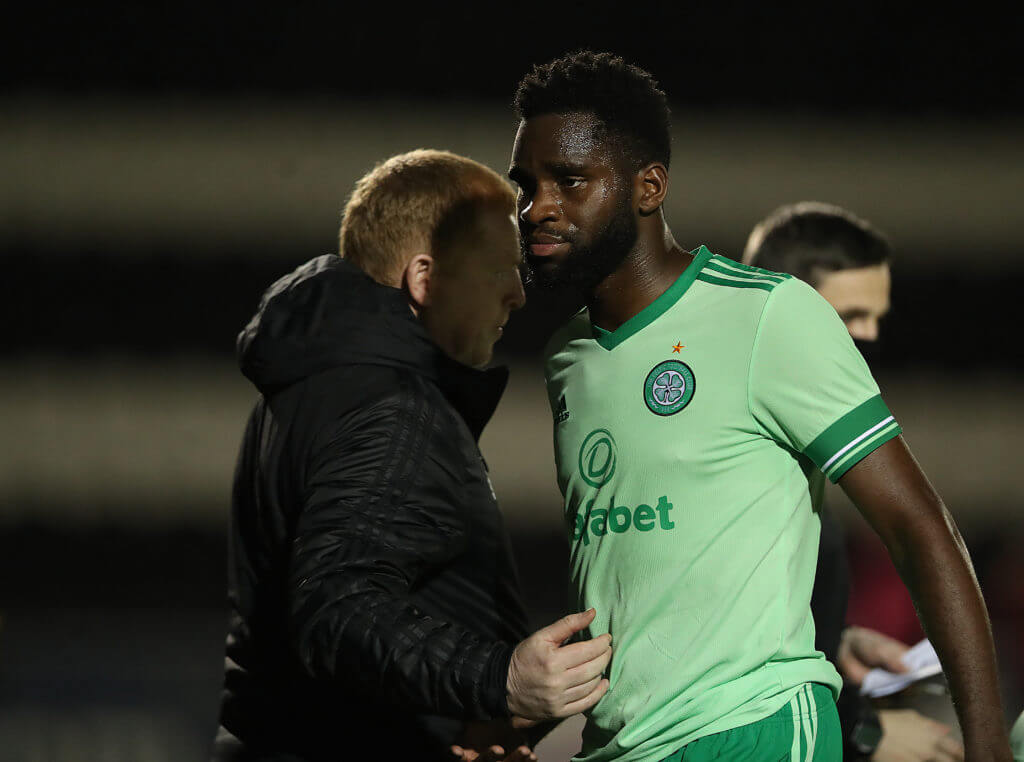 Scottish champions Celtic are now getting frustrated with the situation of French striker Odsonne Edouard who is yet to commit his future at the club.

The 22-year-old striker has been arguably Celtic’s most influential player over the course of last 18 months.

Last season, he scored 28 goals in all competitions, and so far he has netted five goals.

Celtic boss Neil Lennon has stated recently that Edouard is not pushing to quit, with several Premier League clubs including Aston Villa, Crystal Palace and Brighton vying for his signature.

However, The Sun reports (printed edition, page 61), that Celtic could put Edouard in the transfer market before the October 5 deadline if he doesn’t commit his future.

Lennon has admitted that the extended transfer window can be unsettling, but he insists Edouard is content. Any potential buyer will have to pay £30m to secure the signing of Edouard who was hailed by Lennon earlier this year as ‘world-class’.

The Celtic boss reportedly wants a left-sided player to complete his own squad, but he is also braced for offers for his key players, with Edouard, Kristoffer Ajer, Olivier Ntcham and Tom Rogic have all being the subject of interest.

Villa are unlikely to move for the Frenchman even if he is on the market after they signed Ollie Watkins this summer for a club-record transfer fee.

Nevertheless, the report would come as a massive transfer boost for them if they still want to secure his signature.