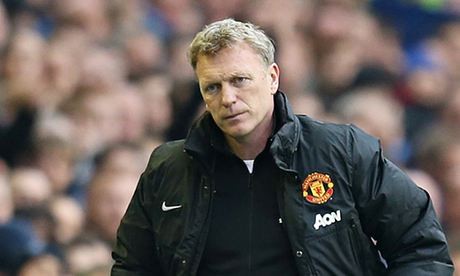 In a surprising revelation to come out earlier today, Spanish side Real Sociedad are lining up former Everton and Manchester United manager David Moyes to succeed Jagoba Arrasate, who was sacked on Sunday. According to reliable source the Telegraph, Moyes is one of the front-runners to take over at the Anoeta Stadium.

Moyes has been out of a job since being sacked by Man United in April earlier this year following a disastrous season. Under him, the Red Devils finished in 7th, failing to qualify for the Champions League for the first time since 1995 and finishing outside the top 3 for the first time ever in the Premier League. This came after an extremely successful 11-year stint at Goodison Park, where he took Everton from strugglers and established them as a top 6 club.

Sociedad, who were playing Champions League football only last season, are floundering in 19th position in La Liga after a shockingly bad start to the campaign. They have only 6 points in their opening 10 games and the club therefore felt that they had no option but to sack Arrasate. Former Real Betis and West Bromwich Albion manager Pepe Mel is also a contender for the vacant position.

Moyes has never managed outside England and after season’s debacle, there will be a large number of critics discouraging him to take this assignment. There are several people who feel that the Scot is not the right man to manage a top European club, as his winning mentality is restricted upto a certain level.

Sociedad though, do not ask for much. Unlike United, they will not demand the league title or progress to the latter stages of the Champions League. In fact, they are more or less in the same league in La Liga as Everton are in the Premier League. It may therefore, be the perfect job for Moyes, to regain his lost reputation and pride.