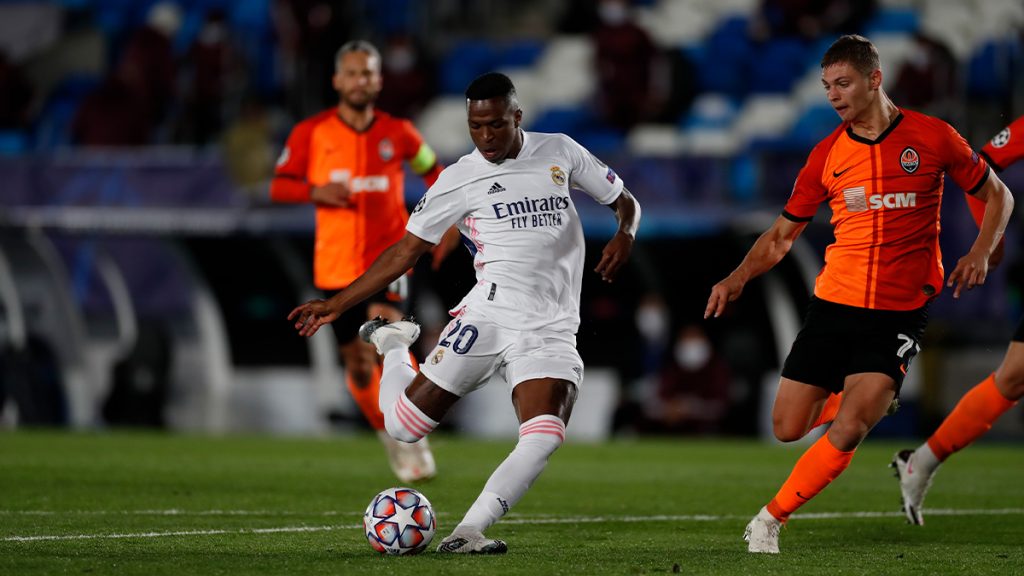 The Brazilian has fallen down the pecking order under Zidane as Lucas Vazquez and Marco Asensio have gone up the ranks.

The 20-year-old was signed two seasons ago for 45 million Euros and has played an important role since then. However, Zidane is no longer convinced with Vinicius Junior’s performances due to his inexperienced decision-making in the final third.

Diaro GOL reports that Madrid are open to the idea of loaning out the youngster who has received irregular minutes this season. The board hopes that Vinicius Jr can turn his career around like Luka Jovic who struck twice on his debut with Eintracht Frankfurt.

However, Los Blancos face a serious issue in their attempt to loan the Brazilian. The 20-year-old earns 12 million Euros a season which is a stumbling block for clubs looking to loan him as Madrid want to offload the wages as well.

SPORTSLENS VIEW – WHAT SHOULD REAL MADRID DO WITH VINICIUS JR?

The report from Diaro Gol states that clubs such as Manchester United and Paris Saint-Germain are interested but are not willing to pay his full wages for the rest of the season.

With Eden Hazard looking completely match-fit and Marco Asensio looking sharper than ever in the attack, Vinicius does not look like he will get regular playing time in the first team for the remainder of the season.

If Real Madrid are to loan out the youngster, then the best proposition would be to pay 80% of his wages while on loan. A similar contract that Madrid signed with Eintracht Frankfurt for Luka Jovic.

Where next for the talented Brazilian? Manchester United, Arsenal or Paris Saint-Germain?