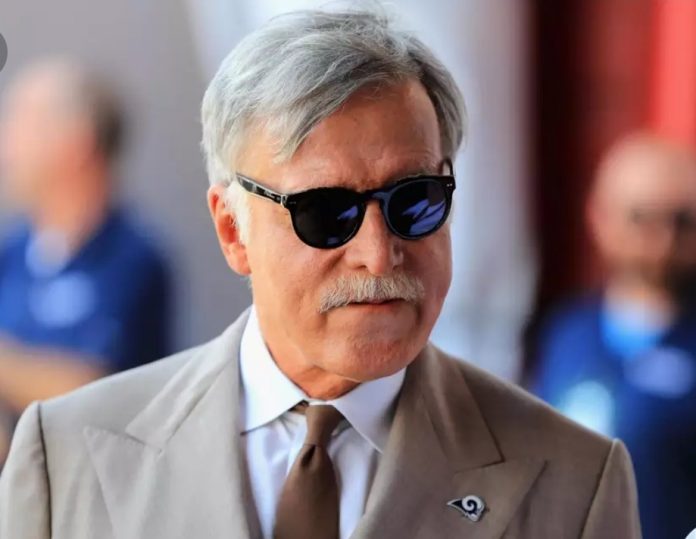 Arsenal fans have reacted badly to Unai Emery’s claims that The Gunners have no chance of spending during this months transfer window.

The Spaniard was speaking to the press ahead of Saturday’s premier league clash at West Ham. Sky Sports have quoted the Arsenal boss as saying:

“We cannot sign anyone permanently, Only loan players this January.”

It’s shocking that a club of Arsenal’s stature and wealth are unable to invest in new additions during a transfer window. Fans are frustrated, with many taking to Twitter to vent their anger with the hashtag #kroenkeout. 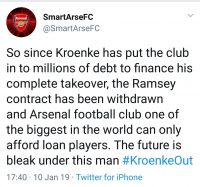 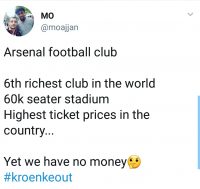 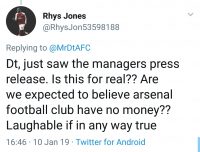 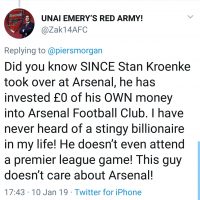 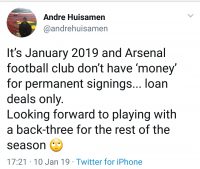 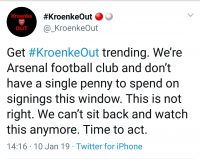 Kroenke’s motives at The Emirates aren’t clear. The American billionaire started his involvement with the club over ten years. In 2011 the 71-year-old negotiated the purchase of enough shares to make him the majority shareholder with a 63% stake in the north London club.

Stories of an overall takeover have been widespread over the years, but have never become fruitful for the business entrepreneur.

The Future isn’t bright at The Emirates

Arsenal sit 5th in Premier League with a Champion’s league spot within sight. However, failure to  qualify for a second successive season would do nothing to ease the pain for Arsenal fans.

Investment during this window is a must or Kroenke may find himself in a similar predicament to former manager Arsene Wenger. Pressure grew on the Frenchman with fans protesting with banners. Meanwhile, ‘Wengerout’ trended on social media on a regular basis.