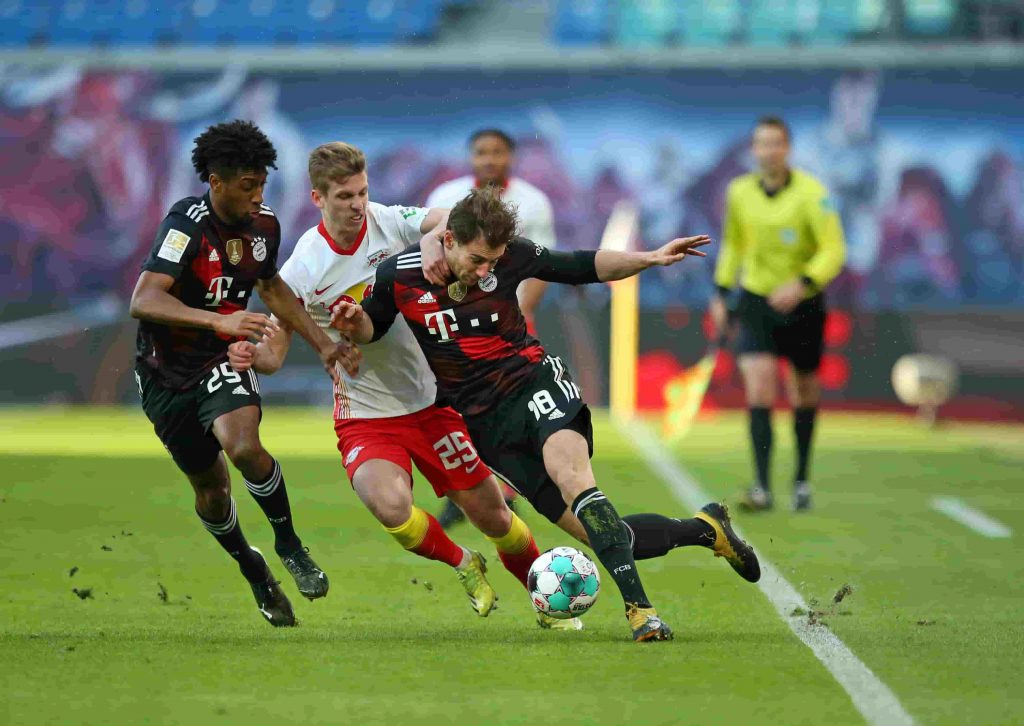 This season, Bayern Munich are looking to join a very exclusive club. If they win the league title again, it will be their tenth in a row – a feat achieved by no team in the history of Europe’s top five leagues.

But one of the main challengers to the throne is RB Leipzig, who have emerged as a real threat over the past few years. It ought to be an exciting match.

The hosts aren’t expected to have too many injury concerns. Marcel Halstenberg is likely to miss out with an ankle problem, while Marcelo Saracchi remains a long-term absentee. New signing Ilaix Moriba could be in line for his debut.

As for the Bavarians, they will be without French duo Kingsley Coman and Corentin Tolisso, who have both sustained calf injuries. Benjamin Pavard is likely to be fit again after missing the first few games of the season, and Lucas Hernandez and Marc Roca are expected to return to the matchday squad.

There could be a debut for new recruit Marcel Sabitzer, who joined them from RB Leipzig this summer.

Die Roten Bullen have not made an ideal start to the campaign. On the opening day of the season, they fell to a surprise 1-0 defeat away at Mainz.

They managed to bounce back with an emphatic 4-0 victory over Stuttgart, but this was followed by another 1-0 loss, this time to Wolfsburg.

The visitors, on the other hand, have wasted little time in laying down a marker. After a 1-1 draw on the opening day against Borussia Monchengladbach, they picked up wins against Koln and Hertha Berlin, as well as a 12-0 (yep, TWELVE NIL) victory in the DFB Pokal against Bremen SV.

It’s no secret who their biggest threat is. Robert Lewandowski has scored in his last 16 games at club level, and will be looking to extend that run.

Here are the latest betting odds for RB Leipzig vs Bayern Munich from bet365:

This is a fixture that could have a huge bearing on the table by the end of the season. The result of this one could be crucial.

Jesse Marsch’s side will be hoping to recover from their poor start, and there will be no better way to do so than against the reigning champions.

However, Bayern Munich are quite comfortably the strongest side in the league. And, having won their last two games by an aggregate score of 17-0, it’s tough to see them losing this one.

How to watch RB Leipzig vs Bayern Munich Live Stream