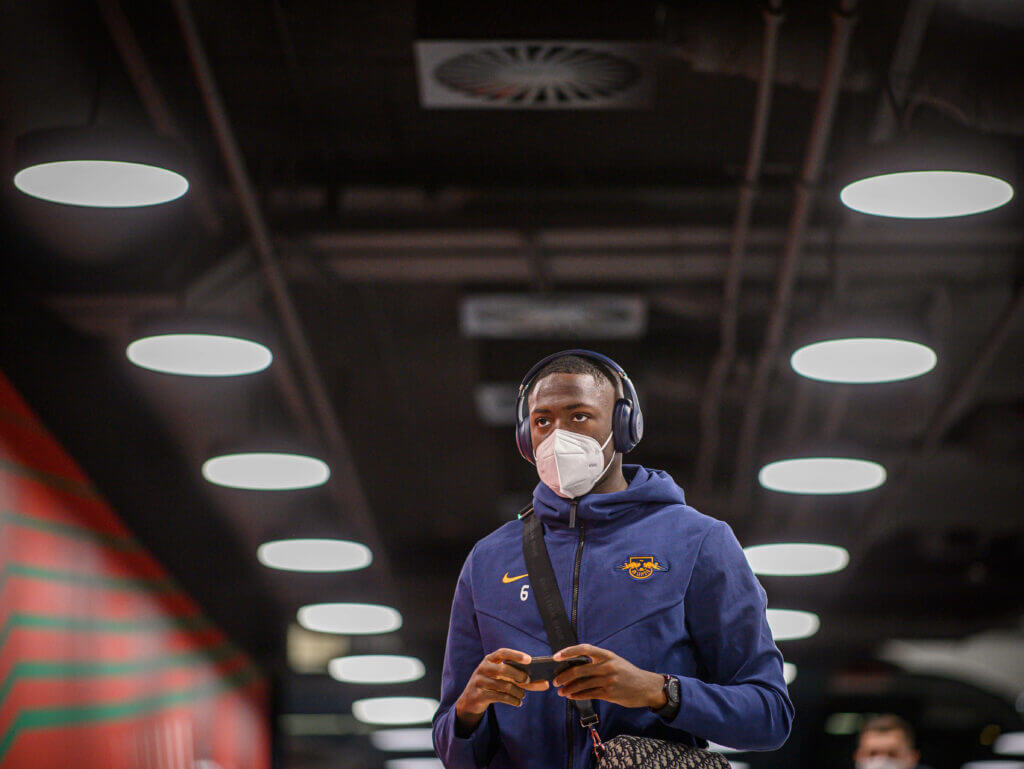 The Athletic (and several other media outlets) claimed yesterday that Liverpool are close to finalising a deal for Konate.

The 21-year-old reportedly has a release clause of around £34.15 million (€40m), and Liverpool are looking to activate that option in the summer.

However, Leipzig director Krosche said the France youth international has a big future ahead of him in Germany and that selling him is not an option for the club.

Liverpool were also interested in his teammate Dayot Upamecano, but he is heading towards Bayern Munich instead.

“I think that this is not an option for Ibu,” Krosche said of Konate, as quoted by Sky Sports.

“He has a long contract with us, and he knows what we mean to him and what he means to us.

“He was unlucky last year as he had a long-term injury but this year he is developing well and he is an extremely important player that has a lot of potential.”

The youngster has made 15 appearances in all competitions this season and he has a contract at the club until 2023.

Liverpool will need to invest heavily in their squad next summer, and central defence is one area they need to bolster.

The Reds have endured torrid spell in terms of injuries, and especially in defence. They lost Virgil van Dijk to a season-ending injury in October, while Joe Gomez and Joel Matip have also been absent through injuries.

Liverpool signed Ben Davies permanently from Preston North End, but he is yet to start a game. They also brought in Ozan Kabak on loan from Schalke, and have an option to make his move permanent in the summer.

In other news, Liverpool are interested in signing Leicester City defender Caglar Soyuncu.