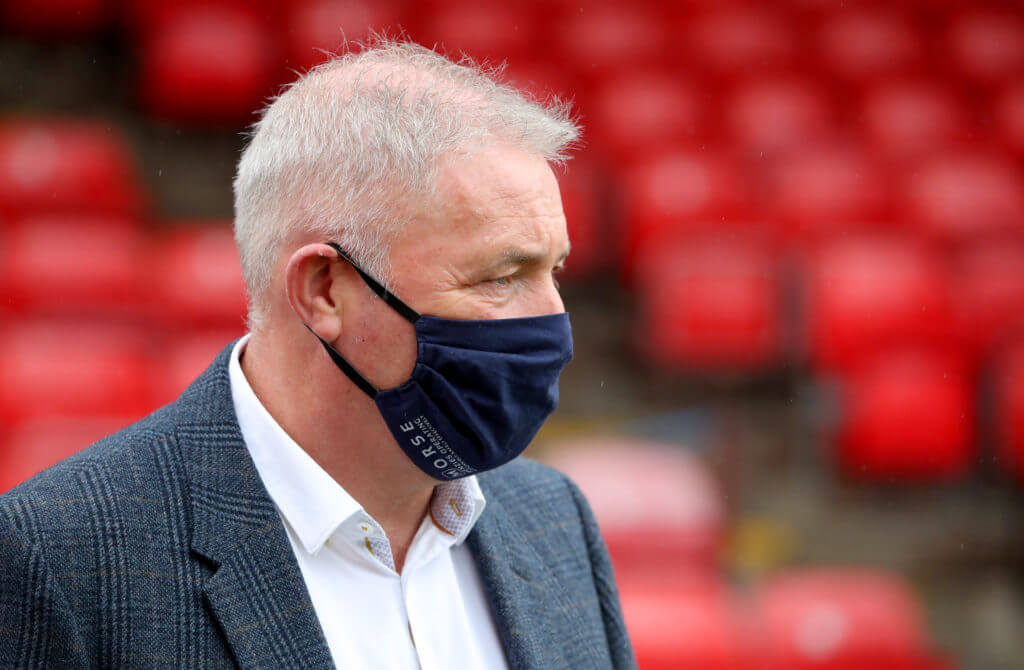 Former Rangers player and Ibrox legend Ally McCoist has claimed that Steven Gerrard will change people’s lives if the Gers can win the Scottish Premiership title this year.

Rangers are 21 points ahead of arch-rivals Celtic, although the Bhoys have three games in hand. Even if they win those games, Rangers will still maintain a healthy 12-point gap.

Celtic have won the league title nine times in a row and, unless there’s a major collapse from the Gers, they are unlikely to retain their title.

McCoist has praised Gerrard for the outstanding work he has done at Rangers since taking charge in 2018. He said on talkSPORT that it will be an ‘unbelievable’ achievement and that even Gerrard will be surprised by the effect he will have on so many people.

Many Rangers fans have shared their reaction after the audio record was posted from the talkSPORT Twitter handle:

Seriously, I was trying to explain to Mrs last night just how massive this is. She has no idea, for 9 yrs our life has been hell. From bottom of Scottish football to being champs in 9 years is an incredible achievement. 55 is coming and I cant wait🇬🇧🇬🇧🇬🇧

For me this has never been about stopping the 10. It's simply about winning the title. The fact they will never reach that holy grail they've groped for is merely a great bonus and I will absolutely rub their noses in their incredible collapse but this season is all about RANGERS

Wish there was Social media about during Rangers 9 in a Row era because the last 10 years of them rubbing our noses in it has been off the scale!! So as a Rangers fan of and when we get over the line you bet we are going to ENJOY IT!! 🇬🇧👊🏻

Ally thank you for your help in the dark days, for that @RangersFC supporters will be eternally grateful and yes SG will not know just yet the greatness he will be entitled to as our Rangers manager for what he is about to experience

In the previous two seasons under Gerrard, Rangers collapsed in the second half despite making a strong start to the season.

However, this year it has been a different story.

The Gers have shown tremendous consistency, with key players performing at a high level. The results have improved drastically, with Rangers winning 15 games in a row. In contrast, Celtic have struggled badly in the league this season.

Rangers went into administration a few years back. Bouncing back from that dark phase and winning the title would be massive for the club and its fans. More than stopping Celtic from winning ten titles in a row, the Gers fans will feel that the Ibrox club has been truly revived.

From that perspective, McCoist is absolutely spot on. Gerrard will be able to understand the emotion of the fans if Rangers win the league title. As a player he couldn’t lift the Premier League title with Liverpool but felt immensely proud of the club’s success when the Reds won the title last year under Jurgen Klopp.