According to a recent research using CIES football observatory’s unique algorithm, Raheem Sterling has been identified as one of world’s most valuable players, ahead of Real Madrid’s Gareth Bale.

CIES ranks players based on their performances, contract duration, level of competition, age and characteristics.

The Liverpool forward has been valued at £49.3m, eclipsing Bale’s value of £47m. Barcelona’s Lionel Messi tops the list with a worth of £172m, followed by Cristiano Ronaldo, who is valued at £104m.

Premier League giants Chelsea have the most number of entrants in the top 10 most valuable players in the world, with Eden Hazard, Cesc Fabregas, Diego Costa all part of the coveted list. 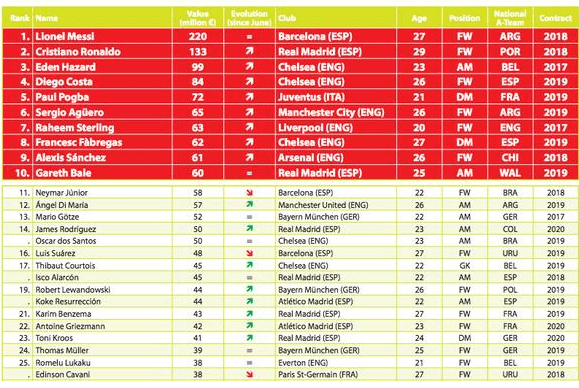 Raheem Sterling has been in sensational form since January 2014 and has been progressing impressively under Brendan Rodgers at Anfield. The former QPR starlet is set to sign a £100,000 contract extension, by the end of this month, which will make him one of the most well paid players at the club.