After yet another embarrassing and ineffective display from Radamel Falcao against Preston North End in the FA Cup, the Colombian’s time is running out at Manchester United.

The former Atletico Madrid striker, who joined from Monaco in the summer on loan for £6m, has until the end of the season to convince his manager to dish out £43.5m to make his move permanent.

However, if Monday night is anything to go by, United boss has every right to think what Preston fans were chanting during the game – “what a waste of money”.

Around 60 minute mark, when United were trailing by 1-0, Louis van Gaal took him off for Ashley Young. The change in formation worked like a magic as United ended up winning 3-1 at the final whistle.

By that time Falcao’s stats read: Zero shots (on & off) and zero goal.

Oliver Holt in his recent column for Daily Mail wrote: ‘It is not his (LVG) fault that Falcao has been a shadow of the predatory, prolific striker he once was.”

Reputed website F365 in their media-watch section came up with this reply: “Really? It’s not his fault at all? It’s not the manager’s fault that his striker is playing badly? It’s nothing to do with systems or personnel or tactics or man-management?”

F365 has a point. But what else can a manager do here? Van Gaal is giving him every opportunity to shine and playing him at his customary position. Of course, Falcao has to adjust to a new system but that’s what every top footballers are expected to do when they go to a new club. It can’t be an excuse!

It takes time to settle and certainly it is not easy to deliver instantly coming from an injury lay-off, but precisely that is why he was paid £6m for a season long loan period at the first place.

He is far from justifying his astronomical £265,000-a-week wages and having completed 90 minutes a mere four times in five and a half months at Old Trafford, one has the right to question how long should United persist with him?

“You wonder if you will see him again in a Manchester United shirt. I don’t think he has offered much at all,” said BBC commentator Martin Keown.

Lack of service can be a possible reason for his lacklustre performance but has he done enough to get on with the game with his movements and touches? 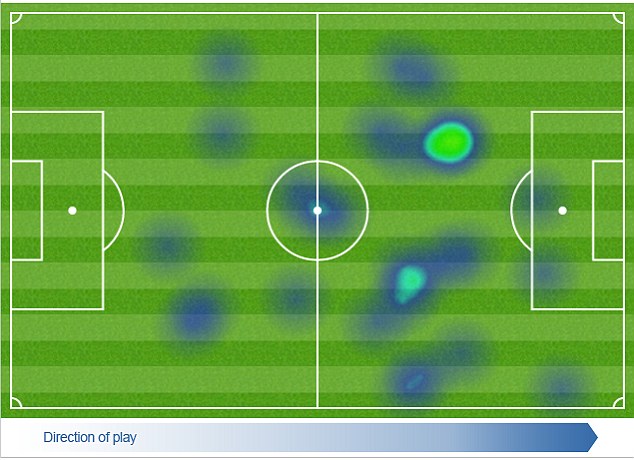 For a player who has starred for Colombia and been a leading light in Portugal, La Liga and Ligue 1, his movement was poor, and too easily tracked by Preston’s three central defenders.

He was rarely involved and had only 26 touches, but he looked slow on the ball when he came looking for it outside the box and did not react quickly enough when he was inside it either.

There are even suggestions that Falcao is not happy with life at Manchester United. His agent Jorge Mendes took an unnecessary swipe at Van Gaal claiming that his client would have done better had Sir Alex Ferguson been in charge.

He even commented on Falcao’s future saying the Colombian would walk into any top clubs in the world, should he leave United next summer.

“I know that if they give Falcao five complete matches, I am convinced that he would score goals in practically all of those matches,” said Mendes.

“If Falcao does not stay in Manchester, he will be at one of the other five or six best teams in the world.”

Should United take more risk and give young Wilson the chance instead of Falcao? The youngster brings raw pace into the side that United are lacking at the moment with Falcao and Van Persie upfront.

It is baffling that Rooney, who is a natural hard working forward and would pose a better goal threat than Falcao, has been regularly used at midfield.

Falcao probably has yet to get back to full fitness and therefore is lacking the sharpness needed up front. He is a world class striker no doubt but has done little to convince United that he is part of Van Gaal’s long term project.