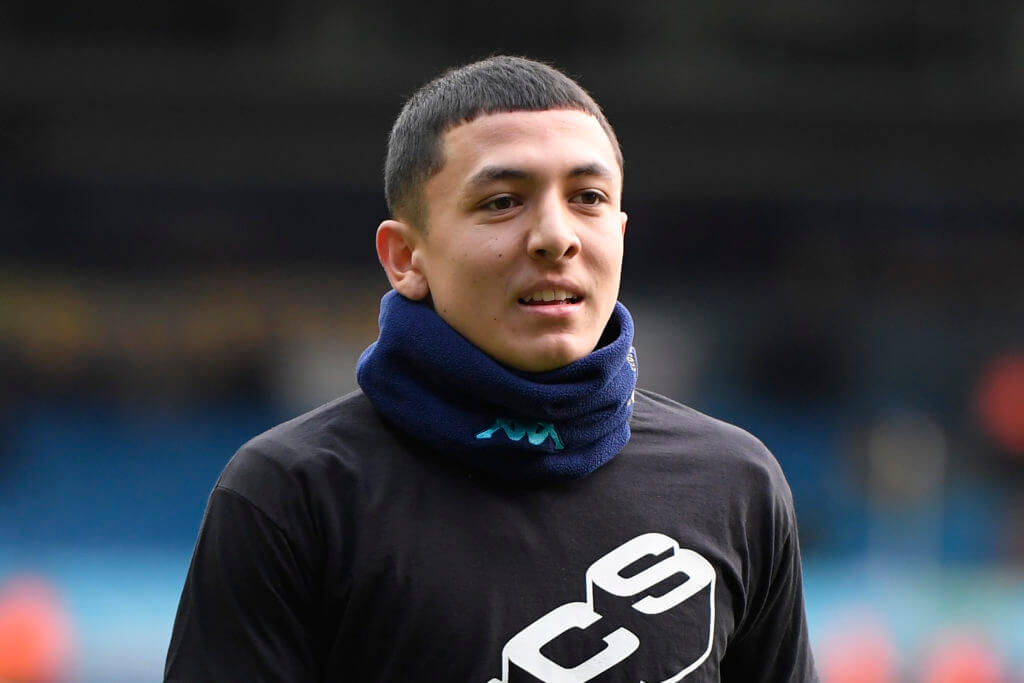 Poveda, who moved to Leeds from City in January 2020, came on as a substitute for Marcelo Bielsa’s side in their 1-1 draw with Pep Guardiola’s side at the Etihad Stadium in the Premier League.

The 20-year-old, who can play as an attacking midfielder or as a winger, played well for the West Yorkshire club, and 20-year-old Wales international winger Matondo – who is on the books of Bundesliga club Schalke at the moment – has responded to his post on Instagram.

The youngster was with Poveda in the youth team at City.

Lads were unreal tonight 😍 I love this squad 💛💙 #mot #alaw Tough game, Calm result v City. On a personal note I’m happy to have made my Premier League home debut 🤩 not the same without you fans tho😔 Onwards & Upwards 💯 Bien merecido hermano con el gol ⚽️🥳@rodrigom_91

Against City on Saturday evening, Poveda played one key pass, had a pass accuracy of 72.7%, took 23 touches, attempted two dribbles, and made two tackles, according to WhoScored.

Over the course of the 90 minutes at Elland Road on Saturday evening, hosts Leeds had 52% of the possession, took 12 shots of which seven were on target, and earned seven corners, according to BBC Sport.

The Whites are fifth in the Premier League table at the moment with seven points from four matches.

Leeds will return to action on October 19 when they take on Wolverhampton Wanderers at Elland Road in the Premier League.