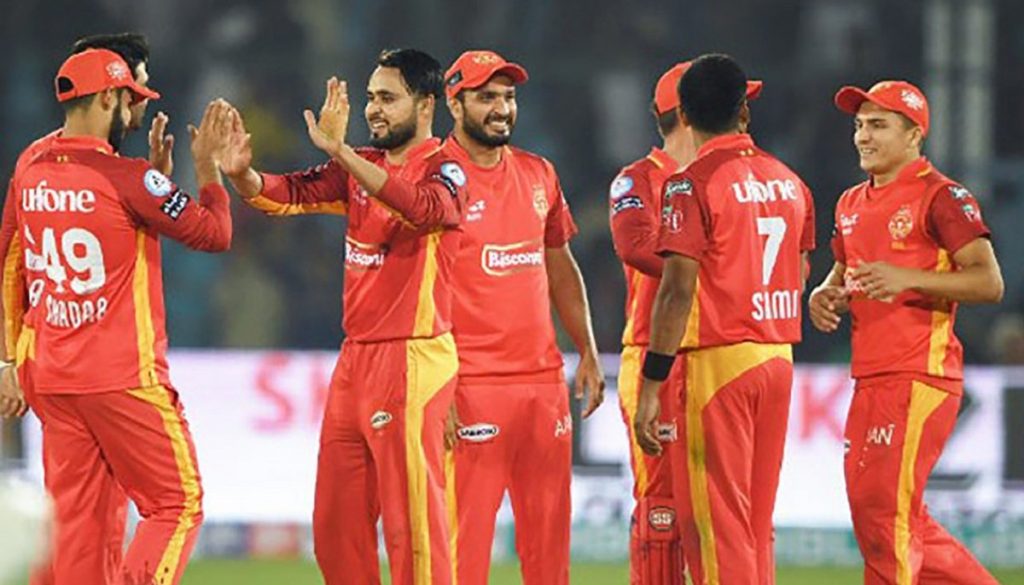 Islamabad United downed Karachi Kings by five wickets in the sixth match of PSL 2021 at National Stadium in Karachi on Wednesday.

The Imad Wasim-led side put themselves in a dominating position after posting an incredible 196 runs, with Sharjeel Khan scoring a century.

The 31-year-old opening batsman struck nine fours and eight sixes to earn 105, while his partner Babar Azam also contributed 62 runs to make it a formidable target for Islamabad.

However, the Sherus came all guns blazing as Alex Hales made it a nightmare for the home side’s bowlers, hitting a scintillating 46 off 21.

But once the English cricketer departed, the chances of victory for Karachi looked strong.

Iftikhar Ahmed and Hussain Talat had no intention to go meekly and stood firmly at the crease to deny the Kings their second PSL win.

Ahmed remained unbeaten on 49 while Talat made a crucial 42 before falling victim to Mohammad Nabi. Then, Asif Ali stepped in and played his part impeccably to claim a dramatic victory for his side.

Islamabad United will now lock horns with Peshawar Zalmi on February 27, while Karachi Kings will take on Multan Sultans on the same day.