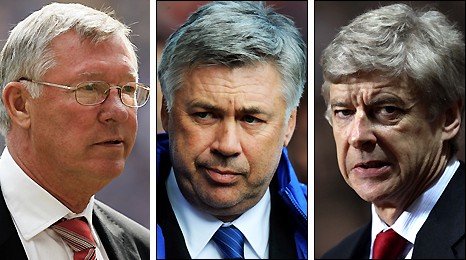 Who will be the next manager to get the sack in the English Premier League? Are Avram Grant’s days numbered? Does Wenger have to win a trophy? Can Roy Hodgson turn Liverpool around?

You wait around all season for the first EPL manager to be sacked and then two happen within the space of a week.

Chris Hughton’s and Sam Allardyce’s removals were both strange to say the least, as neither man was doing what would normally be considered as a bad job.

Whichever way you look at it, the money is the owners at the end of the day and they have the right to decide upon who takes the key roles in their organisation.

In the end, they make their own beds and have to lie in them…

Here we take a look at the odds for each manager and assess whose job is safe, or not.

The Arsenal manager is almost as safe as his great rival Alex Ferguson, but not quite.

Over the past 24 months there has been a growing faction of unhappy fans at the library that is the Emirates and the great man is now under real pressure to bring home a trophy after five baron years.

The Carling Cup has never been so important to the Frenchman.

Never one to blow his own trumpet…The greatest… Liverpool manager of all time has made many friends in Birmingham by giving youth a chance.

However, Villa have started slipping towards the bottom of the table and the ex-Liverpool managers comments following the Reds 3-0 win over his new team went down like a lead balloon.

Considering that he is only in the job since September 8 and that he has already alienated players like Richard Dunne he is nowhere near as safe as he thinks.

Alex Ferguson’s number one student continues to do great work under a tight budget at Birmingham.

While they may only be two points above the drop zone at the moment, the Blues have proved a tough side to beat and their achilles heel is the lack of fire power up front. With players like Robbie Keane and Michael Owen available in January McLeish will almost definitely look to add some much needed quality. 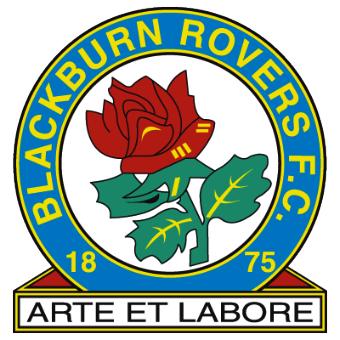 Big Sam’s sacking has been one of the most controversial moves of the season. Quite what Rovers owners were thinking I’m not sure but the move leaves Blackburn in a very precarious position as we turn into the Festive season.

Venky’s have already suggested that the hunt for a new owner could take months, but in reality they don’t have that long. If Blackburn stand still in January they will be relegated.

“We do not mean anything bad for Sam Allardyce but we feel that we need to take the club up in the league and grow.”

“We want Blackburn to be fourth or fifth in the league or even better. It is not about the Bolton match. It has been a long time in our minds.”

How Anuradha expects Rovers to challenge for the league is beyond conventional thinking but if she thinks she will get a manager to do a better job that Allardyce on the same budget she is in for a nasty surprise.

With Chris Hughton’s sacking Ian Holloway is now the lowest paid manager in the EPL. But don’t let that put you off.

Football wise, Holloway has done a very good job in his first season in the Premier League. Blackpool are still far from safe and the second half of the season may yet prove to be a few miles too far for Holloway’s entertaining side.

Snoods do not figure in the Bolton managers vocabulary as he regulary takes to the bench in shorts as he urges his team on.

Having won the double in his first season one would almost think that Carlo Ancelotti would be one of the safest men in football.

Not so in Roman Abramovich’s strange world.

Rumor has it that the Oligarch has tried to engineer the resignation of his manager on numerous occasion over the last six months and it is widely believed that Ancelotti will not be in the hotseat at Stamford Bridge next season.

One thing to watch in Ancelotti’s frequent press conferences is his left eyebrow. Yes you read that right.

The Italian served time under the potential clusterbomb that is Silvio Berlusconi and gives the most politically correct answers in football.

However, his eyebrow often reveals more than he is actually saying…

Next manager to be sacked odds: 5/1

If there is any manager that can match Roy Keane for a 1,000 yard stare then it is Everton’s David Moyes.

The Toffees boss must wonder what is wrong with the club he manages as nobody has ever come forward to buy what are realistically the only sleeping giant outside the current top five.

He has always worked with reduced budgets and consistantly manages his team to better finishes than the clubs finances should allow.

Hughes’ short time at Craven Cottage has been the most enjoyable of experiences. Without Roy Hodgson’s scientific style of management Fulham’s players have struggled to come to terms with Hughes’ different philosophy.

At the moment the Cottagers are only outside the relegation zone thanks to goal difference and that is with West Ham and Wigan having possibly the worst defences ever seen in the EPL.

Hughes isn’t in direct danger of being sacked in the near future but the players he brings into the club in January will be under immediate pressure to perform.

Hodgson has aged since he took over at Liverpool in July and the pressure is growing daily.

Since then the manager has found himself pushed to one side as NESV brought Damien Comolli in to oversee transfers and now in the recent turn against Hodgson, John Henry has branded the clubs form under him as “unacceptable.”

January will be a key month in Hodgson’s future. Quite simply, if he is given money to spend he will be safe but if he receives nothing then his days are numbered…

Next manager to be sacked odds: 3/1

Like his fellow Italian in the EPL, Carlo Ancelotti, Roberto Mancini’s future is on shaky ground. He has guided the club to third in the league but still boasts a very conservative outlook on the game.

The clubs ridiculous transfer policy is finally coming home to roost, which is really saying something when you consider that it only really started two years ago, as flakey players like Emmanuel Adebayor, Mario Balotelli, and now Carlos Tevez reek their havoc on the club.

In the end the manager will be the one to pay the price.

The Scottish veteran is still one of the best managers in the game. There is not a situation that he does not know how to handle; from regularly besting Arsene Wenger to dealing with the Glazers to negotiating with Wayne Rooney, Ferguson’s vast experience allows him to handle any situation.

No chance of being sacked, retirement? Now that’s another question.

The only real shock about Chris Hughton’s sacking was that it took Mike Ashley so long to get around to removing the Irishman from the task that he had carried out so well.

In short, Hughton was not Ashley’s “cup of tea.” Around four months ago Hughton intimated that he wanted to bring in Brian Kerr as his Assistant Manager but Ashley vetoed the signing as Kerr was not high profile enough.

Now, if you believe everything you hear, he has brought in Pardew after meeting him out at a casino one night.

It is quite common for businessmen to become enthralled with sportsmen when they meet them and only time will tell whether this is the case with Ashley and Pardew or not.

Bookmakers would suggest “not.” Regardless of that piece of paper saying that Pardew has a job for five years says.

The Potters haven’t enjoyed the best of starts to the season but they are always a tough proposition to play against. If anything, they have lost a little bit of that steel as Pulis looks to emulate Harry Redknapp and play two out and out wingers.

Pulis is looking to progress to the next step on the Premiership ladder with Stoke and is trying to make them less one dimensional through open play. They have gained going forward but have lost a little at the back and will rely heavily on not losing important players like Shawcross in January.

They won’t be relegated but may struggle to make mid-table.

Niall Quinn must be delighted at having installed Steve Bruce as manager. Picking up the pieces after Roy Keane’s hasty exit was never going to be an easy task but the ex-United skipper has the Black Cats right up where they belong and chasing Europe.

No chance of Bruce seeing the exit door at the Stadium of Light and they look a very good bet for an FA Cup run if the draw is kind in January.

Next to Sir Alex Ferguson, Harry Redknapp is on the safest job in the Premier League. 20 months after taking over a Spurs side in freefall and the relegation zone, the Lilywhites are now one of the most exciting teams in Europe.

Spurs are going from strength to strength under Redknapp and Levy and it will be interesting see how the club reacts in January.

Irons’ fans must have thought they had slipped into an alternative reality when their new owners sacked the likeable Gianfranco Zola and replaced him with Avram Grant.

There is no two ways of looking at it but Grant definitely looks out of his depth as a manager in the EPL. He has been flirting with the sack for sometime now and with Sam Allardyce and Blackburn having parted ways it looks like Grant may be put out of his misery soon.

Next manager to be sacked odds: 5/4

Sitting exactly in mid-table, West Brom, like Blackpool, have won many admirers with their attacking style of football. The ambition that the two promoted sides show is a breath of fresh air to the EPL with Di Matteo winning extra kudos for his calm management stylr and easy way he deals with the media.

Regardless of how the Baggies do this year, even if they are relegated, Di Matteo will not be sacked and the Birmingham side are getting closer to becoming a Premier League team every year rather than the yo-yo club they are at the moment.

The odds of a team beginning with “W” being relegated are very high. The odds of a manager of a “W” team being sacked is even higher.

Roberto Martinez’s team have shown an uncanny inability to defend and leak goals at a ferocious rate. The plus side is that they score a few goals too and are capable of upsetting teams as much as being hammered 8-0.

The ex-Swansea boss has to plug the holes in his defence soon or he will definitely find the locks at the JJB changed.

Last season Wolves used a defensive 4-5-1 style formation which proved very difficult to break down. This year he has utilised a 4-4-2 as they look to consolidate their position in the league but everything has conspired against them.

A lack of goals, injuries, bad luck, and most importantly; their rivals are far more ambitious than before. McCarthy has badly underestimated the likes of West Brom, Blackpool, Newcastle, and Bolton and they find themselves in real danger of being relegated.

The very thought of relegation is unthinkable for the Wolves board and McCarthy needs to pull out of this nose dive quickly or face the axe.

Next manager to be sacked odds: 6/1