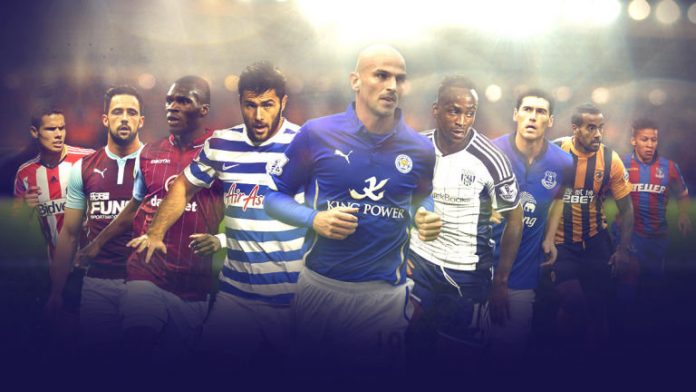 The battle at the bottom is as tight as ever this season, and at this stage at least eight teams are scrapping for their lives in the Premier League. We take a look at the sides from 12th to 20th and see who’s best equipped to ward off the drop.

Back-to-back victories in Alan Pardew’s first two games have seen the Eagles rise to a healthy looking 12th position. Such a position would be considered relatively comfortable mid-table in most seasons, but the nature of the league this season, means there is only six points separating eight sides, a quite staggering statistic. Palace fans though will be delighted with Pardew’s start and rightly so, the 2-1 defeat of Tottenham was backed up by a superb comeback at Turf Moor which saw the Eagles battle back from a two goal deficit to take maximum points at the death. The most encouraging thing for Palace is that the goals have returned under Pardew, in Neil Warnock’s last seven games, the side only scored twice. Dwight Gayle has been something of an unsung hero for Palace, with ten goals in all competitions, if the loan signing of Yaya Sanogo can provide a foil for Gayle, there should be enough goals in the side to keep their heads above the water.

You’d be laughed at by most had you suggested Roberto Martinez’s side would be relegation candidates this season. After a terrific debut season at Goodison, the Toffees have been brought back down to Earth with a bang. £28 million man Romelu Lukaku hasn’t been hitting the target as often as hoped, with 6 goals in 21 games this season. One of Everton’s problems is Martinez’s stubbornness, as admirable as the Spaniard’s footballing philosophy may be, sometimes you have to be willing to mix things up. Whilst Everton still keep the ball well, the purposeful passing with pace and attacking intent that we witnessed last season has been replaced by laborious ball retention largely in areas where they can’t hurt the opposition. Whilst one is reluctant to use the phrase “too good to go down”, Everton’s squad is littered with genuine quality and you would expect them to string a run together before May and be okay.

It’s not difficult to identify where the problem lies at Villa Park. Having drawn a blank once more today against Liverpool, Paul Lambert’s men now have 11 goals in 22 Premier League games, a quite remarkable and frankly rather embarrassing statistic. With Christian Benteke, Gaby Agbonlahor and Andi Weimann all posing attacking options, the goals really shouldn’t be in such a short supply at Villa. Benteke in particular, one would expect much more from, despite his injury problems the Belgian has still played 11 games this season and only struck the back of the net twice. Should Villa remedy their attacking woes they would actually look very healthy. The Villans have the joint best defensive record outside the divisions top four but until Paul Lambert can get his side scoring goals again, they are in real danger of the drop.

“Never relegated” is the famous tagline that often accompanies newly-appointed Baggies manager Tony Pulis. Renowned for his direct style of play, Pulis gets results. Crystal Palace’s turnaround under the Welshmen last season was quite staggering and should he perform similar miracles at the Hawthorns, he will draw many plaudits. With four points from his first two games, Pulis will be satisfied, but his teams performances were not particularly promising. The Baggies are relying heavily on the goals of youngster Saido Berahino and retaining his services will be imperative to the clubs survival. Pulis’ appointment has given West Brom fans confidence that they should have enough about them but we will know more after Monday night’s clash with Everton, the Baggies are likely to be in a real slog until the end.

Whilst swapping Jozy Altidore for Jermaine Defoe may seem like the deal of the century, Gus Poyet’s men know they will face a real battle, just as they did last season, to retain their Premier League status. The Sunderland team shows a real lack of pace and there is a real onus on Adam Johnson to create goals for the side. Emanuele Giaccherini is yet to produce the quality many expected of the Italy international but should he realise that potential, he has genuine class. Sunderland could have spiraled into disarray following their demolishing at Southampton earlier in the season but Poyet seemingly steadied the ship and avoided any real fallout after the dismal display. If Poyet is willing to adapt and put someone up front alongside Jermaine Defoe, the former England man could flourish, but as things stand, the Black Cats have the fewest victories of any Premier League side and the draw specialists will need to find a winning touch a little more often between now and May to ensure their safety.

Newly-promoted Burnley were at risk of being cut adrift earlier in the season but Sean Dyche’s side showed great spirit and battled their way up the league with wins against Hull, Stoke, Southampton and QPR as well as some very credible draws in the process. Burnley’s squad, in truth, does lack genuine top flight quality in places. The Clarets came into Premier League life and knew they would be up against it this year. £3 million signing from Hull City, George Boyd, has been superb, as have Kieran Trippier, Scott Arfield and star-man Danny Ings. In Ings, one thing this Burnley side do have is a goal scorer, and invaluable asset to any club looking to stave off relegation. Most neutrals would like to see the Clarets stay up but on their budget, you have to acknowledge it will be difficult. Should Burnley survive this year, Sean Dyche would be my manager of the season.

After an impressive first season in the Premier League, staying up and reaching an FA Cup Final there was a hope in East Yorkshire that the Tigers would build upon that with a more comfortable finish this season. Such an outcome seems unlikely. Down in 18th, Hull are in real danger and plagued by injuries. Steve Bruce’s men have been very unfortunate this season, often without six or seven of Bruce’s preferred starters, it’s little wonder the Tigers have struggled for points. Currently without Abel Hernandez and Nikica Jelavic it’s difficult to see where the goals are going to come from and Bruce desperately needs an inspired January signing who can lead the line until his front men return. With the likes of Robert Snodgrass, Mo Diame, Andy Robertson, Nikica Jelavic and Abel Hernandez in the side I’ve little doubt Hull City would do very well, but many of the aforementioned face long term spells out and Bruce cannot take any solace in ruing his luck and must find a way to win points in the face of adversity.

Harry Redknapp may have laughed off reports that his position was under threat but his side have been perennial strugglers this season and show little evidence of changing their fortunes. The goals of Charlie Austin have ensured that the R’s are still within touching distance but haven’t done enough to claw the side out of the bottom three. Leroy Fer has impressed in QPR’s midfield but their real problems lie in their defence. Having shipped 39 goals this season the Londoners can hold claim to both the worst goals against and worst goal difference in the league. In a back line containing the likes Clint Hill, Richard Dunne and Rio Ferdinand doubts may reasonably be raised over the trios mobility. The long-terms absentees Faurlin and Sandro have made Karl Henry a regular in the side, and his top flight credentials have been called into question by some quarters. There’s no reason why Rangers can’t stay up this season if they can stop leaking goals but should Charlie Austin pick up an injury, Redknapp’s men would be in real trouble.

The Foxes enjoyed a turbulent start to the season, most notably putting five past Manchester United in a thrilling victory. Leicester failed to kick on from then though and in a side which largely resembles the team that got Leicester into the Premier League it is unsurprising that they are struggling. Nigel Pearson will be pleased with his sides performances in a number of games this season but ultimately they haven’t secured enough points at this stage and find themselves propping up the rest of the league. Leicester fans will hope record signing Andrej Kramaric can score the goals to change their sides fortunes in the second half of the season. A very impressive festive period pulled the Foxes back into the mix but Pearson will be disappointed to have taken nothing from a home game against Stoke. Leicester have shown that they have enough ability to compete in this league, very rarely being well-beaten, but they will need to put together at least one more run like they did over Christmas and New Year if they are to avoid a return to the Championship.

My predictions: QPR, Leicester and Burnley. It’s so tight, it’s almost impossible to call and I expect criticism for whichever three I went with. I think QPR’s defensive woes are a real issue and I can’t see Redknapp fixing the problem anytime soon. If Austin can keep scoring they have a chance but they rely all too much on the centre forward. Leicester’s season could depend on the performances of Kramaric, if he can prove a match-winner then the Foxes could be okay but whilst the Croatian remains an unknown quantity I cannot put my faith in the East Midlands side. Burnley have done very well this season but unfortunately I feel their lack of genuine quality will eventually be exposed. It would be great for football if Sean Dyche could stave off the drop but the Clarets will face an uphill challenge and seemingly reluctant to spend again this window, things will not get any easier for Burnley in the second half of the campaign.

Let us know who you expect to make the drop come May and why. 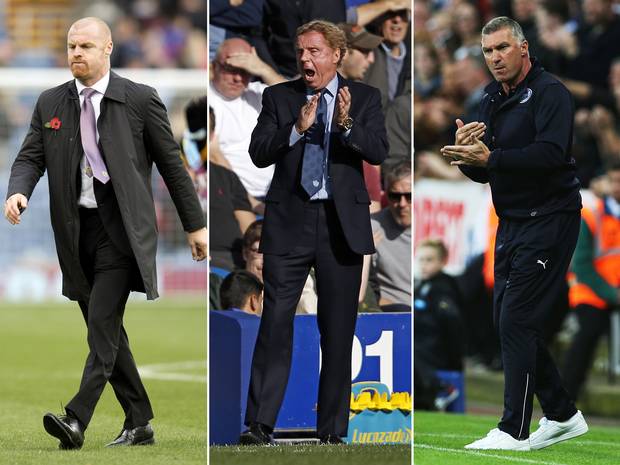