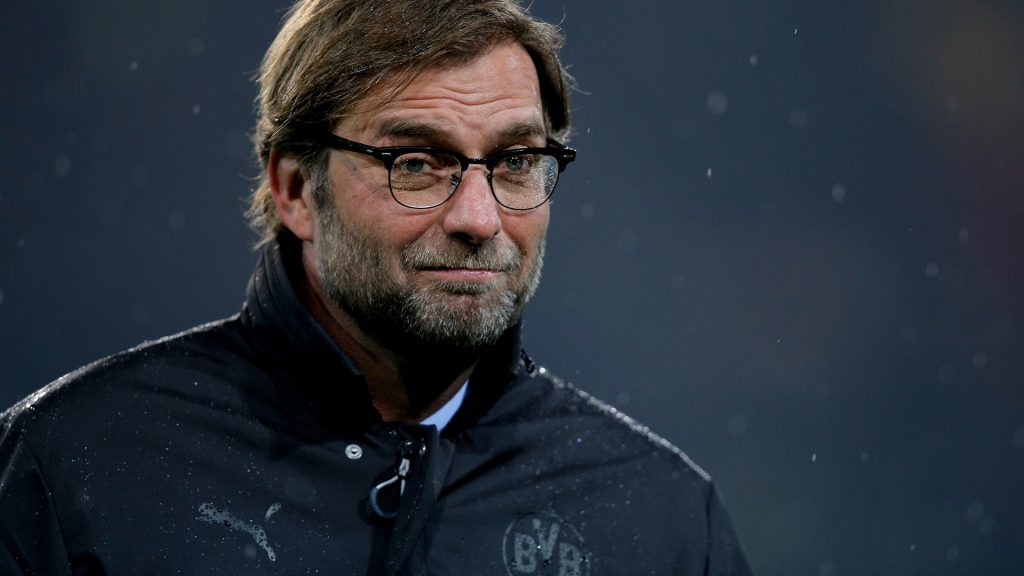 Brendan Rodgers was still in charge of Liverpool 10 days back but the Jurgen Klopp effect means the Northern Irishman is a forgotten man. The impressive German has wooed the Kop faithful with his first interview and press conference but the more important wooing has to take place on the field.

Klopp’s first game in charge of Liverpool will be against Tottenham Hotspur at White Hart Lane. Spurs are in great form at the moment and it will be a tough task asking the former Dortmund manager to get three points in his first outing. It’s easy to get carried away by what the 48-year-old has achieved at Borussia Dortmund, but it must be noted that he will take time getting the squad together to start playing the “Klopp way”.

Let’s take a look at what his first 11 in-charge of the Reds can look like:

There is already talk that the German is eyeing Mainz’ impressive Loris Karius to replace the shaky Belgian. This can be ruled out as speculation. However, Mignolet will have to do better than he has in his previous few outings to ensure he remains firmly in the new manager’s plans.

The defence picks itself. Nathaniel Clyne has been the club’s most successful summer signing till now and has not put a foot wrong in the right-back role. The former Saints player will want to be more useful on the offensive, nevertheless. Martin Skrtel and Mamadou Sakho will be the centre-back pairing. Sakho will be happy as he now has the chance to be an undisputed starter under the new boss; however, at the moment he would have anyway got the go ahead as Dejan Lovren is out with injury. Alberto Moreno has done incredibly well since being given a start against Bordeaux in the Europa League. The Spaniard has been inspired and the fact that he took a chance to prove himself with both hands meant Rodgers was forced to pick him ahead of a more defensively sound Joe Gomez.

While Emre Can should probably be picked ahead of the under-performing James Milner, the club’s stand-in captain would be an automatic starter under Klopp for the first game. However, Milner would have to do much better in the coming games to be in regular contention for a spot. Once Jordan Henderson returns, he would be reinstated in the midfield role.

Lucas Leiva has done well in the holding role this season and his experience and ability to shield the back four better than any of his other teammates could result in him starting the game.

Milner could also be seen moving on the wings where he performed so well at Manchester City. That could mean Emre Can gets a start in the midfield. Klopp did say in his first press-conference, “The door is pretty wide open and I don’t care so much about experience. Of course, experience is an important point but it is not the most important for me”.

Roberto Firmino could return to training this week after a back-injury, but it remains unlikely he will be rushed back so soon. At best, we might see him get some time off the bench. These three look like the attackers Klopp could use behind the striker against Spurs.

Adam Lallana needs to make the most of this opportunity and ensure he finds himself in contention of a starting spot even after Firmino returns. Jordon Ibe, as talented as he is, has been really poor this season. He too, may get a start. In case Danny Ings — who has been so good recently — is picked, Daniel Sturridge and Ings might be seen interchanging on the wings. Ibe, however, must make the most of a start if he gets one.

Philippe Coutinho automatically picks himself in the line-up. Despite his form dipping recently, he is the best attacker Liverpool have and has the ability to change a game with one moment of excellence. He does need to improve but would of course be a sure starter against Tottenham, bar injury concerns.

Stan Collymore recently wrote in an article, “I spent two hours with Daniel Sturridge on Friday and I can tell you he and the rest of his Liverpool pals are buzzing about Jurgen Klopp’s arrival.”

No surprises, really. Sturridge will start the game as the club’s lone striker. He is definitely the club’s best finisher and if he improves his fitness, could be key in Liverpool’s quest for top 4.