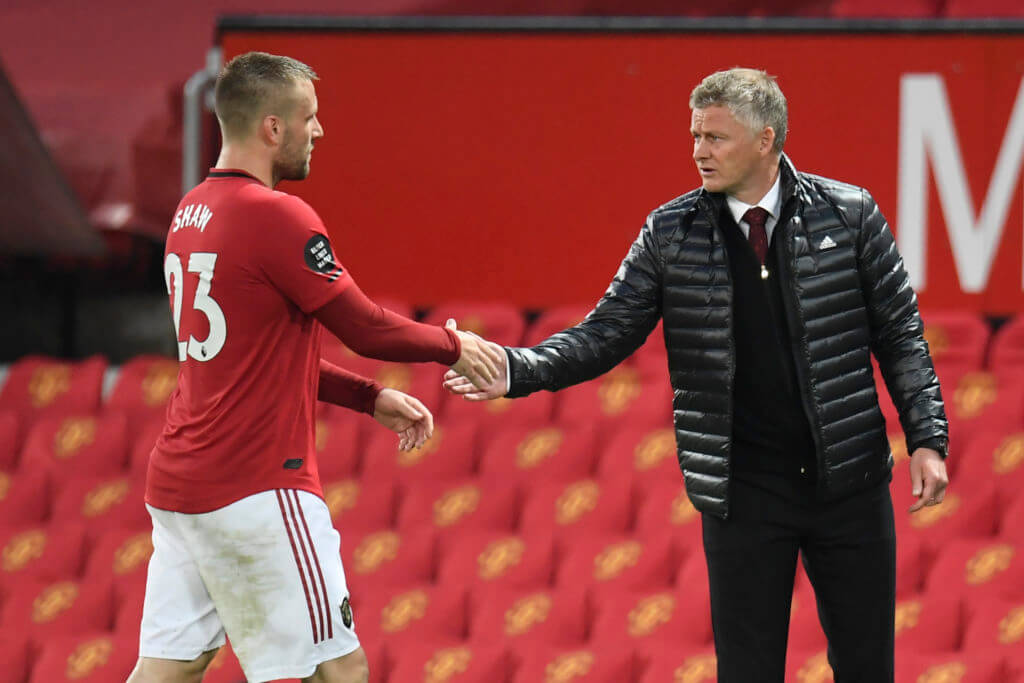 Manchester United will face Leicester City in the final Premier League game of the season at the King Power Stadium.

However, all calculations could go out of the window if Chelsea lose their match against Wolves and Leicester City manage to win or earn a draw. Therefore, it’s do-or-die for all the teams involved.

Ole Gunnar Solskjaer will continue to monitor Luke Shaw’s ankle injury. He will give the 25-year-old every opportunity to recover and start the match.

Eric Bailly will also be assessed after suffering a concussion last weekend. However, he is unlikely to start.

Aaron Wan-Bissaka will definitely return to the starting line-up for United’s crucial final league game of the season.

David de Gea has been in horrible form since the re-start. However, the Spaniard will retain his place despite calls for him to be dropped.

Marcus Rashford was poor in the 1-1 draw against West Ham, but he is likely to retain his place in the starting line-up.