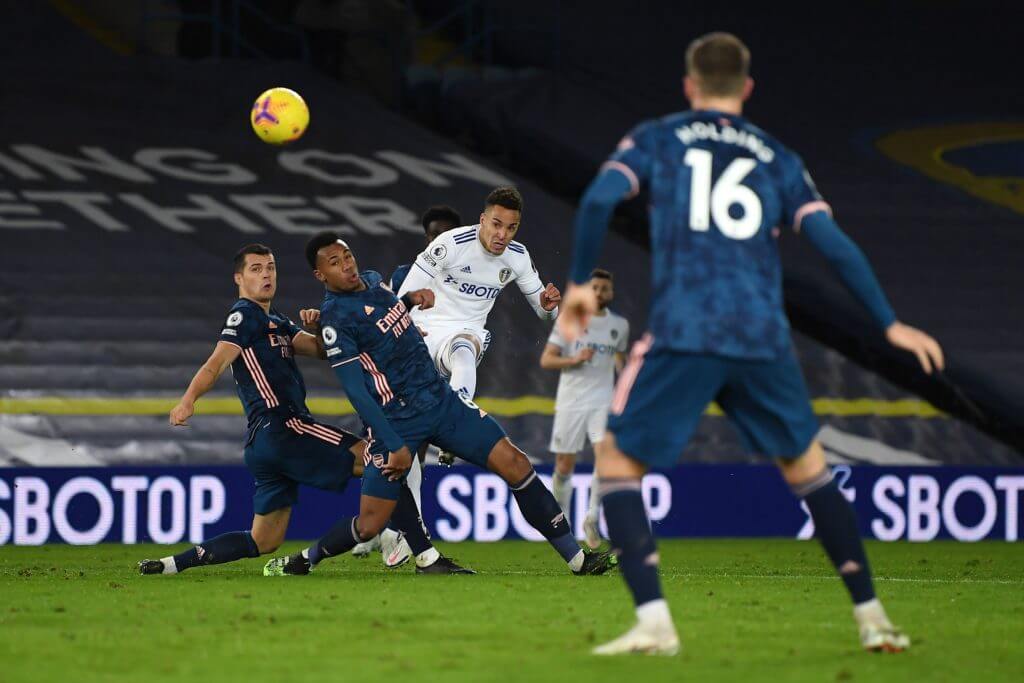 Leeds United will travel to Goodison Park to face Everton in the Premier League on Saturday, and you can watch this and other Premier League games live online.

The Whites are winless in their last three games and are heading into this fixture on the back of a 0-0 draw against Arsenal.

Carlo Ancelotti’s side ended their three-match losing streak with a 3-2 win over Fulham last weekend, and the Toffees will be looking to continue their winning momentum.

Ahead of the match, Marcelo Bielsa has revealed that defender Diego Llorente is still out injured, while Pablo Hernandez and Jamie Shackleton are also missing.

This is the team we expect Bielsa to select against Everton:

Goalkeeper: Despite conceding 17 goals, Illan Meslier, the first-choice keeper, is set to continue between the sticks.

Defence: With Llorente out injured, Bielsa has little option but to stick with the partnership of Robin Koch and Liam Cooper at central defence. Luke Ayling is set to occupy the right-back slot, but Ezgjan Alioski could be dropped to the bench, with the versatile Stuart Dallas filling in at left-back.

Midfield: Kalvin Phillips sits deep at the base of midfield, often playing as a third centre-back, and he is pivotal to how Leeds operate. Raphinha impressed heavily in the last match and he is set to continue alongside Jack Harrison and Mateusz Klich.

With Dallas dropping to left-back, Bielsa is likely to recall Rodrigo to the starting line-up. The 29-year-old – who joined from Valencia during the summer transfer window – is improving with every single game, and he is likely to start after playing for Leeds’ U23s at the start of the week.

Forward: Patrick Bamford has surprised everyone with seven goals in nine games already, and the former Chelsea striker should retain his place in the side.