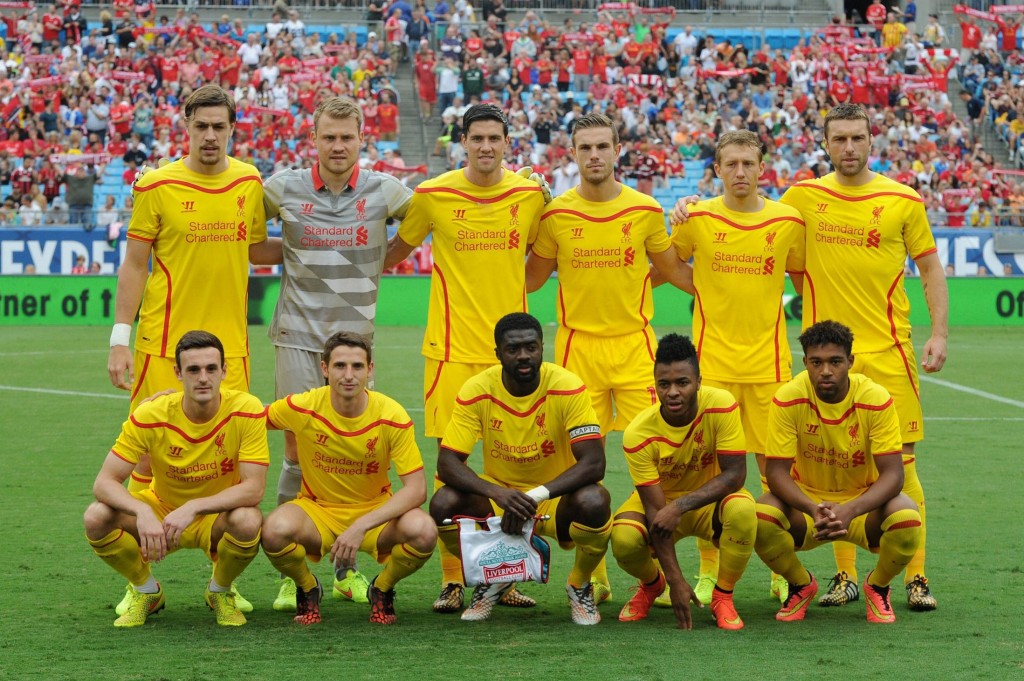 Liverpool take on arch rivals Manchester United in the final of the Guinness International Champions Cup final after both sides topped their respective groups in the earlier stages of the tournament. A capacity crowd is expected at the Miami’s Sun Life Stadium on Monday as England’s fiercest rivals lock heads against each other in the buildup to their preparations of the brand new 2014-15 season.

The Reds beat Italian giants AC Milan by 2-0 thanks to goals from Joe Allen and Suso to book their place in what promises to be a spicy final showdown. United on the other hand booked their place after a 3-1 win over Real Madrid as new manager Louis Van Gaal looks to stamp his own football philosophy on the Old Trafford side.

Liverpool have been dealt with an injury blow ahead of the game with striker Daniel Sturridge booking an early flight back home thanks to a hamstring injury. The Merseysiders however will look to welcome captain Steven Gerrard while Brazilian midfielder Phillipe Coutinho might also make a comeback to the starting eleven.

With the absence of Sturridge new signing Rickie Lambert will lead the line while Raheem Sterling and Coutinho will look to make inroads in the United back line. Steven Gerrard will have the able support of Jordan Henderson and Joe Allen in the middle of the park in Brendan Rodgers’ 4-3-3 setup.

Simon Mignolet will man the sticks for the Reds with an unchanged back four from the Milan taking the pitch in the final.

Here is the Possible Liverpool line-up against Manchester United: 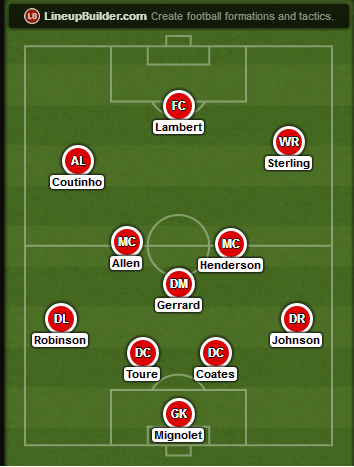