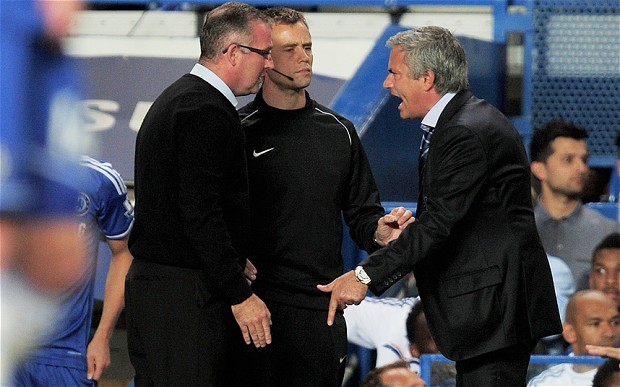 Chelsea will look to take one more step towards clinching the Premier League title when they take on Aston Villa at Villa Park on Saturday. The Blues have a 5-point lead at the top over second-placed Manchester City, and victory in Birmingham will see them get one of their toughest remaining away trips out of the way.

When I say toughest, I am referring to the fortunes of Jose Mourinho’s sides in this fixture in the past. He has lost his last two outings at Villa Park, and last season’s 1-0 defeat towards the end of the season was a major reason why Chelsea missed out on the title.

The Blues are off to Birmingham… https://t.co/fewcy3eoQR #CFC

This game though, is one that Mourinho will expect his side to win easily. Villa have been on a torrid run of form for quite a while now and after a promising, are under real threat of relegation. Paul Lambert’s men are winless in eight games, and have only scored one goal in that period. Last week, they were dismal as Arsenal ran riot and beat them 5-0, even without Alexis Sanchez.

Chelsea put in a dogged display and scraped out a 1-1 draw with closes rivals City last weekend, in a game where several individuals looked extremely tired. But, with a week now to prepare for Saturday and will be expected to put in a strong performance.

With regards to team news, Mourinho has confirmed in his press conference that Filipe Luis is the only injury worry. That means that Cesc Fabregas will be back in the side after missing out last week with a hamstring problem. Loic Remy will once again lead the line in place of the suspended Diego Costa, while new arrival Juan Cuadrado is in line to make his debut. The Colombian was signed on deadline day from Fiorentina, and Mourinho has stated that there is the possibility of him playing tomorrow. Young French defender Kurt Zouma is expected to keep his place ahead of the out-of-form Gary Cahill.

Here is the possible Chelsea starting line-up vs Aston Villa: 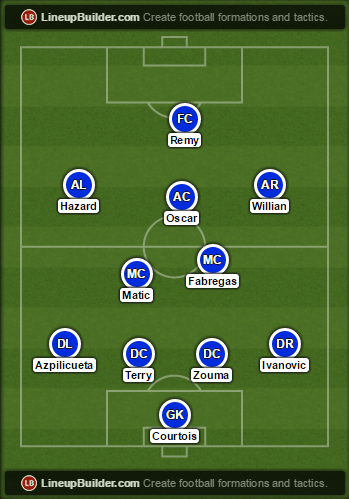 With Villa’s multiple problems, Chelsea should win this game easily. The home side though, will take heart from their performance against the Blues last season, and may score for the first time in seven games. But in the end, the quality of the league leaders will tell.