Juan Mata tonight completed his move to Chelsea for a club-record fee of £37.1m 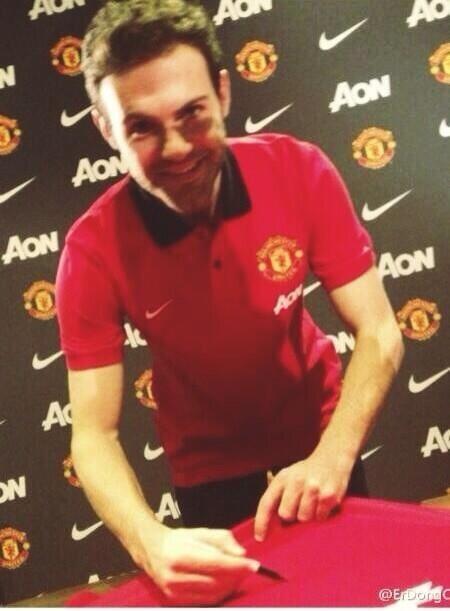 The 25-year-old is seen here in a United training top, signing what looks could well be a ‘Mata No. 7’ shirt.

Mata gave his first interview as a Manchester United player tonight, which you can watch here on MUTV.

Man Utd fans and Chelsea fans! Let me know how you are feeling in the comments below…!