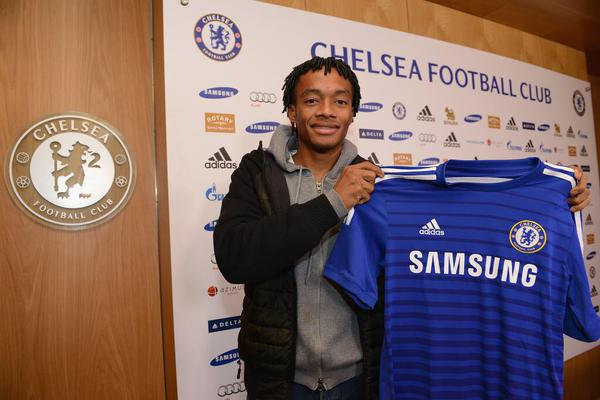 Chelsea have officially confirmed the signing of Juan Cuadrado from Fiorentina.

The 26-year-old, who has signed a four-and-a half-year-deal, becomes the only major signing in the January transfer window.

Cuadrado has spent successful stint in Italy, first with Udinese before switching to Fiorentina in 2012 after a loan spell at Lecce.

Upon signing, he said: ‘I am very happy and thankful for this opportunity I’ve been given.  This is a great club and honestly it is like a dream to join the Chelsea family and to know that the manager believes in me. I’m happy.’

The Colombian holds 37 international caps to his name and five goals, was a key figure in his country’s impressive 2014 World Cup campaign in Brazil.