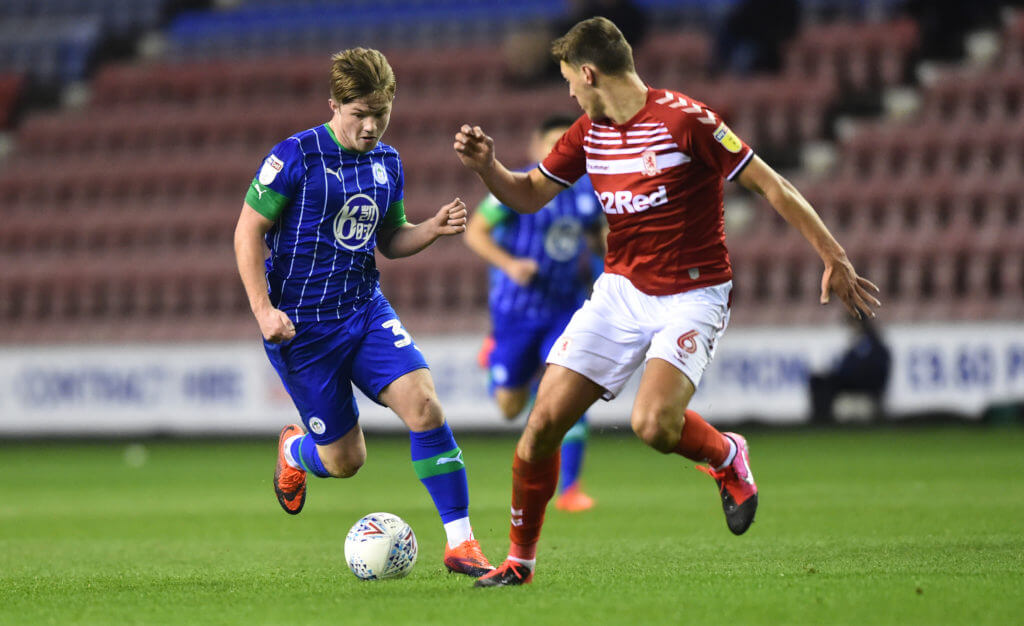 According to The Athletic journalist, Adam Crafton, Leicester City are favourites to sign Joe Gelhardt from Wigan Athletic but talks have stalled.

It has been claimed that the admins want to hold talks with several Championship clubs on Monday. The fees discussed are some way below £1.5m.

Gelhardt is a promising young forward. The 18-year-old has impressed this season for the Latics, who have gone into administration and may need to sell some of their star players.

The youngster has made two starts and 15 substitute appearances in the Championship for the Latics this season, scoring one goal in the process.

Leeds are likely to secure promotion to the Premier League, and once they do, they may need to change their transfer strategy. Marcelo Bielsa could be looking to bring in more experienced players to the side.

The teenager can only get better and improve in the coming years, and it remains to be seen whether Leeds make a serious effort to sign him this summer.

According to reports from The Sun, the likes of Celtic, Tottenham, Southampton and Everton are all are considering a move for the 18-year-old forward.