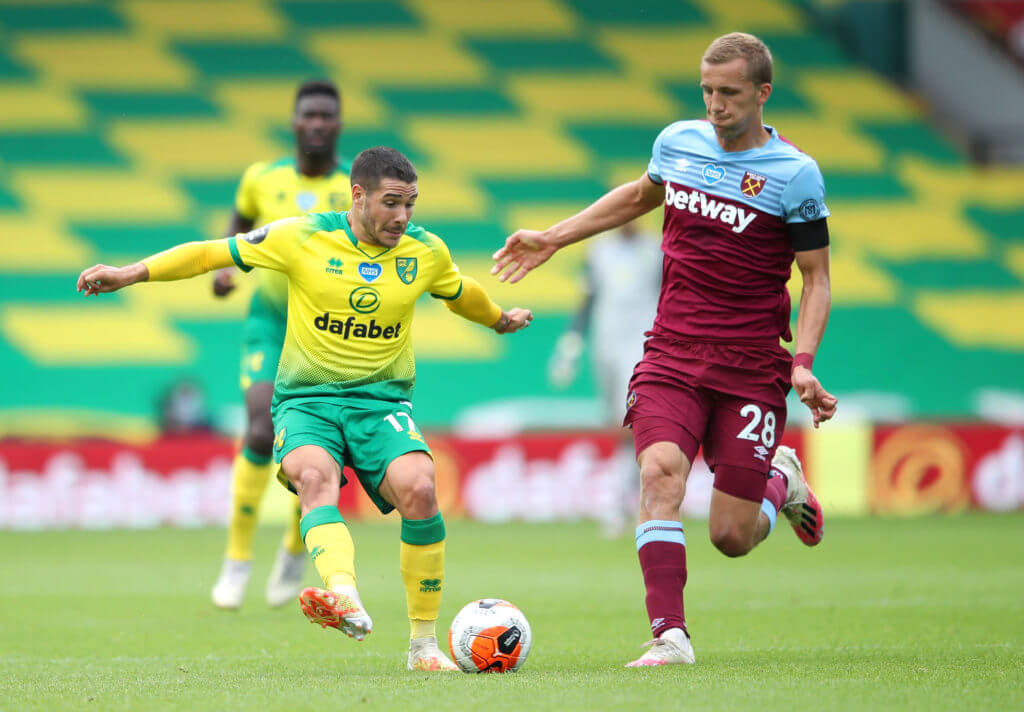 Once they secure promotion, they will turn their attention towards the summer transfer window, as Marcelo Bielsa will be looking to add quality players to his ranks that can help them stay in the Premier League.

One of the players Leeds have been linked to in recent months is Norwich City’s Emiliano Buendia. With Norwich having got relegated, a host of clubs will be targeting to sign their best players. And if Leeds get into the Premier League, they could enter the race as well.

Last month Read Norwich claimed that Leeds were looking to sign Buendia from Norwich City in the summer transfer window.

It has been reported that Leeds had already made an enquiry about securing the services of the 23-year-old attacking midfielder.

Phil Hay of The Athletic feels that Buendia has been one of Norwich’s ‘biggest disappointments’ this season.

He wrote for the Athletic after the Swansea game: “@Andrew K. they seem to be talking very big fees for some of their kids and they won’t want to get raided cheaply. Buendia will interest plenty of clubs although I think all in all, he’s been one of their biggest disappointments this season. On form, would you rather Buendia or Benrahma (granted they’re not identical but you catch my drift)?”

Buendia has scored one goal and provided seven assists in the Premier League in 34 appearances this season.

He is an exciting player, no doubt, but Hay is absolutely spot on here. Said Benrahma has been simply outstanding this season, and he would be a better addition for Leeds.