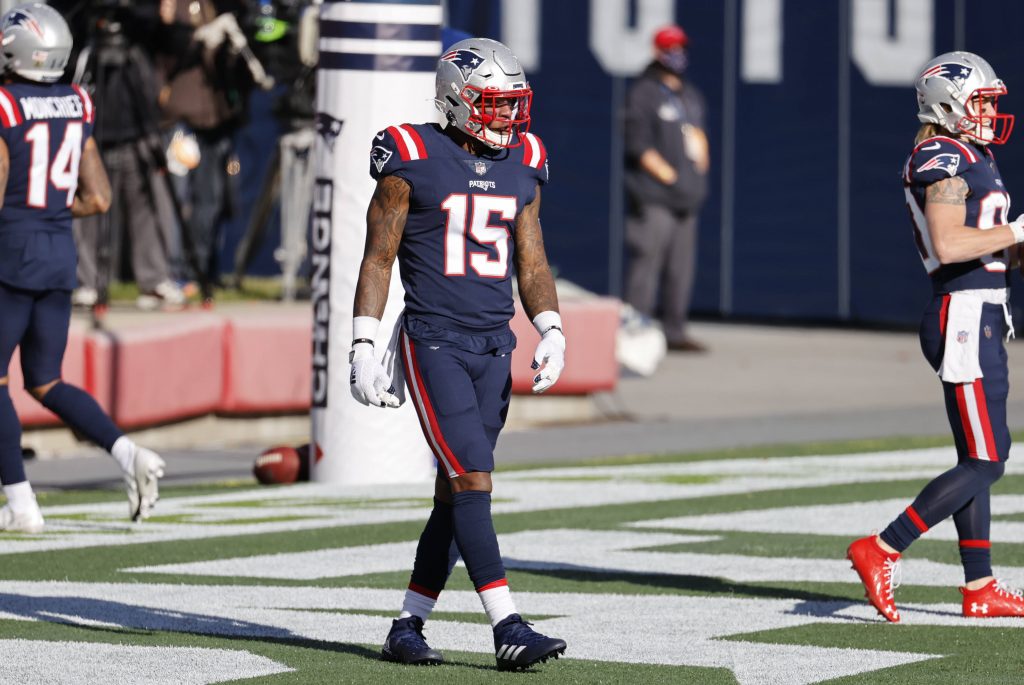 The wide receiver’s agent Jamal Tooson said that Harry would benefit from a fresh start before the start of the 2021 NFL season in a statement released on Tuesday.

“For the past several months, I have been working in cooperation with the Patriots behind the scenes to put a plan in place to allow N’Keal to thrive in New England,” said Tooson.

“Through two seasons, he has 86 targets, which obviously hasn’t met the expectations the Patriots and N’Keal had when they drafted a dominant downfield threat who was virtually unstoppable at the point of attack in college.

“Following numerous conversations with the Patriots, I believe it’s time for a fresh start and best for both parties if N’Keal moves on before the start of training camp.

“That is why I have informed the Patriots today I am formally requesting a trade on behalf of my client.

“N’Keal understands a key ingredient to production is opportunity.

“He will continue to work hard to develop and refine his craft after missing a large portion of his rookie year to injury.

“His draft-day expectations for his NFL career have not changed. We are confident success is just around the corner for him and will aggressively pursue it.”

Harry had a lacklustre start to his NFL career in Foxborough, recording 12 just receptions in his first year and 33 in his second for a combined 414 career yards and four touchdowns.

Injuries have also hampered the receiver, having spent the first two months of his rookie season on the injury reserve list for an ankle injury.

He also suffered a head injury in week seven of the 2020 season against the 49ers, which saw him miss two games.

With these new additions, a trade makes sense for Harry going into the 2021 season.

The only questions left are which teams want him and what are they willing to give up?