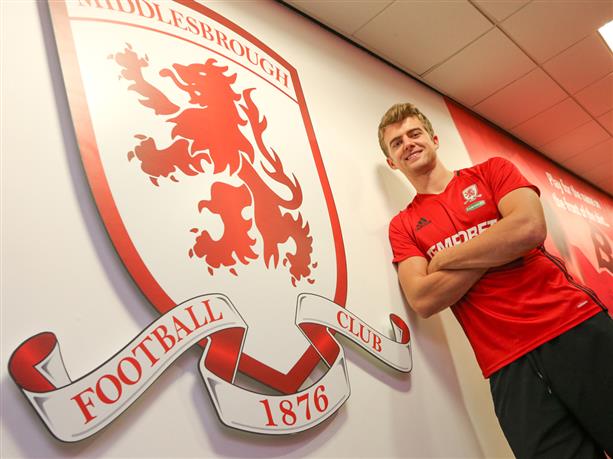 According to reports from The Nottingham Post, Nottingham Forest are interested in signing Patrick Bamford from Championship rival club Middlesbrough in the summer transfer window.

The Reds manager Aitor Karanka has previously worked with the forward at Middlesbrough, and he wants to reunite with him again next season.

The 24-year-old started his professional club football at Forest before he switched to Chelsea in 2012.

He spent a loan session in 2014-15 at Boro and later joined on a permanent deal from Chelsea in January 2017.

Karanka signed him for Boro at that time, and the Spaniard is keen to work with him again.

Bamford scored 11 goals in 23 Championship starts last season, and he is a proven goalscorer at this level.

Karanka has done well to lay the foundation at Forest, and he will look to take the club to the next level.

The Reds will be looking to challenge for the Championship playoffs next season and signing a quality player like Bamford will boost their chances.

Boro may not be too keen to offload, but Forest must show ambition and make a statement by signing Bamford this summer.