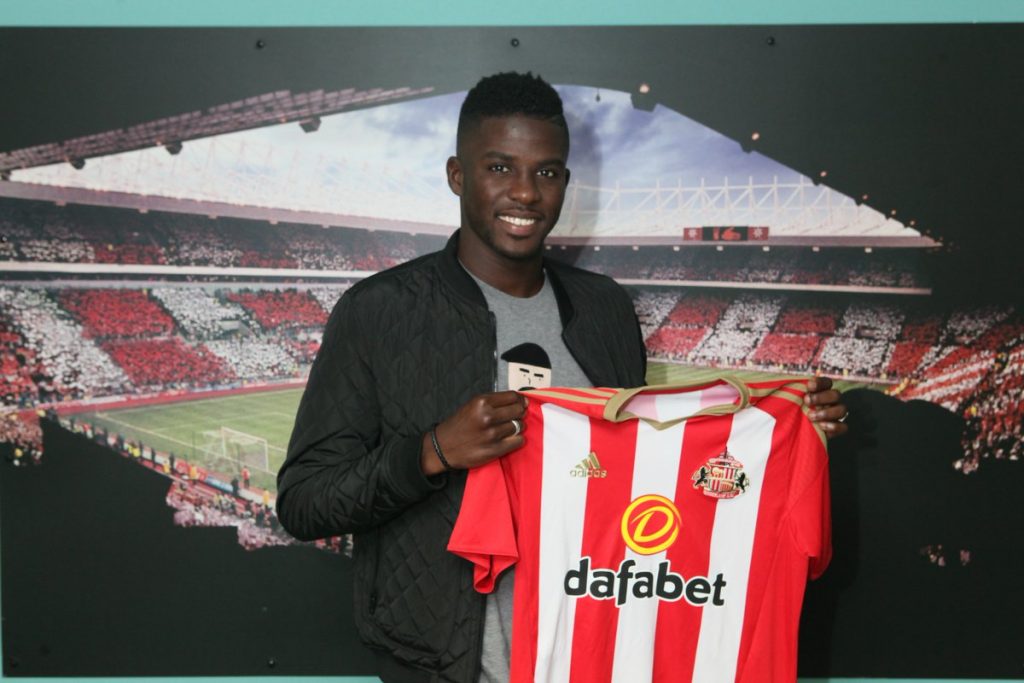 Sunderland have confirmed the signing of Papy Djilobodji for a reported fee of £8m from Chelsea, both the clubs have confirmed on Friday. He becomes new manager David Moyes’s first signing at the Wearside club.

The Senegal international joined Chelsea last summer for a reported £2.7m but has only managed a single appearance (89th-minute substitute in a 4-1 Capital One Cup win at Walsall) for the Blues.

Papy Djilobodji has today signed for Sunderland in a permanent transfer… https://t.co/sCfnHglF9p

The defender, who can also play as a defensive midfielder, has signed a four-year contract at the Stadium of Light.

Hats off to Chelsea’s transfer policy, as despite leaving a minimal impact the Blues have trebled their money on a player who has been capped 13 times by Senegal and appeared at the 2015 African Cup of Nations.

The 27-year-old spent the second half of the last season on loan at Bundesliga club Werder Bremen. It was a relatively fruitful adventure for him, as he netted the winner 88th-minute winner against Eintracht Frankfurt on the final day of the campaign to secure Bremen a Bundesliga safety for another season.